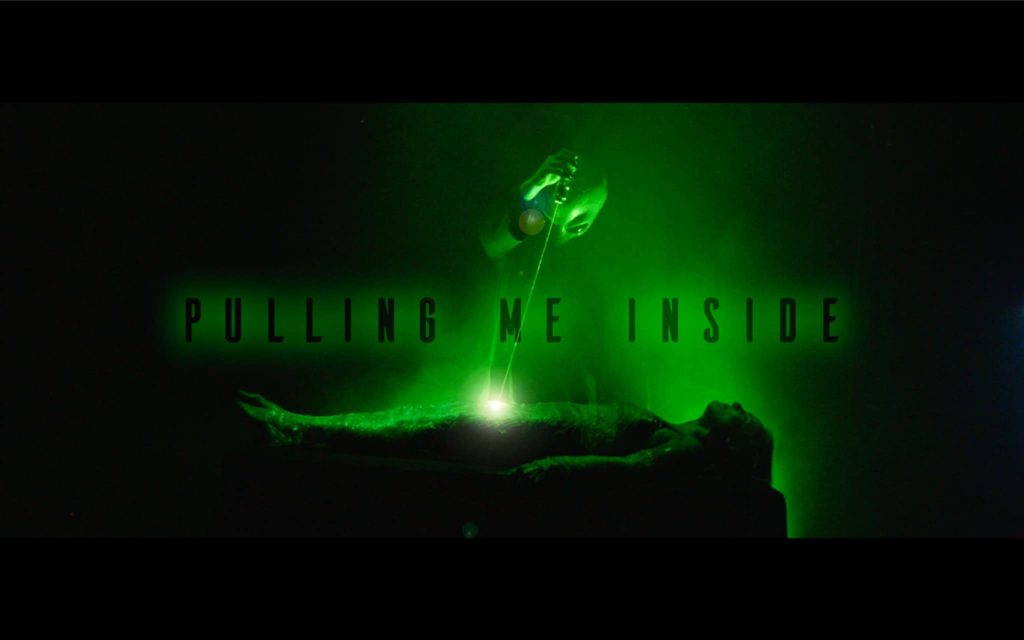 Progressive metal trio Appeal To Authority has revealed an extraterrestrial-inspired video for “Pulling Me Inside,” the first single from their debut EP, scheduled for release this summer.

The video, which is presented in a film short format that tells the story of a woman’s alien abduction, is available today exclusively via Metal Insider at [LINK – embedded below].


“I had been binge watching a lot of Bob Lazar videos on YouTube and watching a lot of UFO documentaries and became very enthusiastic on the idea of life beyond ours on earth,” says bassist and backup vocalist Stan Martell. “The task of making a video to tell the lyrical storyline was a challenge we were willing to take.”

To assist with the massive undertaking, the band took the idea to Thomas Crane of Kill Devil Films (Todd La Torre, Saliva). Martell himself took on the task of CGI and video effects while Crane developed the film composition. “Thomas was able to take the idea and mold it into exactly what we were looking for,” Martell says. “He incorporated the CGI space scenes that I had built in after effects and flawlessly made the flow of the storyline. I then finished off the video with some added video effects to give it that alien feel. We are excited with the outcome and can’t wait to share it with the world!”