Swedish melodic death metal legends At The Gates have announced their North American return in the form of a U.S. + Canadian tour featuring a full performance of ‘Slaughter of the Soul’ at every stop. Support on the run will come from Municipal Waste on all dates, plus Thrown Into Exile and Enforced in select cities. See all dates below.

Here’s more info from the official trek reveal, “Originally intended to take place for the 25-year anniversary of SOTS in 2020, COVID-19 made AT THE GATES postpone tour until 2022. Finally, the band will hit the road starting August 17th in Los Angeles, where the band will perform the entire SOTS album from start to finish, in additional to a mix of other tracks from their 30+ year career. Tickets go on sale starting Friday, April 29th at 10 AM local time.”

At The Gates bassist Jonas Björler comments, “We have been looking forward to return to the US & Canada for several years now, and with a great tour package together with Municipal Waste, Enforced & Thrown Into Exile, it is finally time. See you in the pit!” 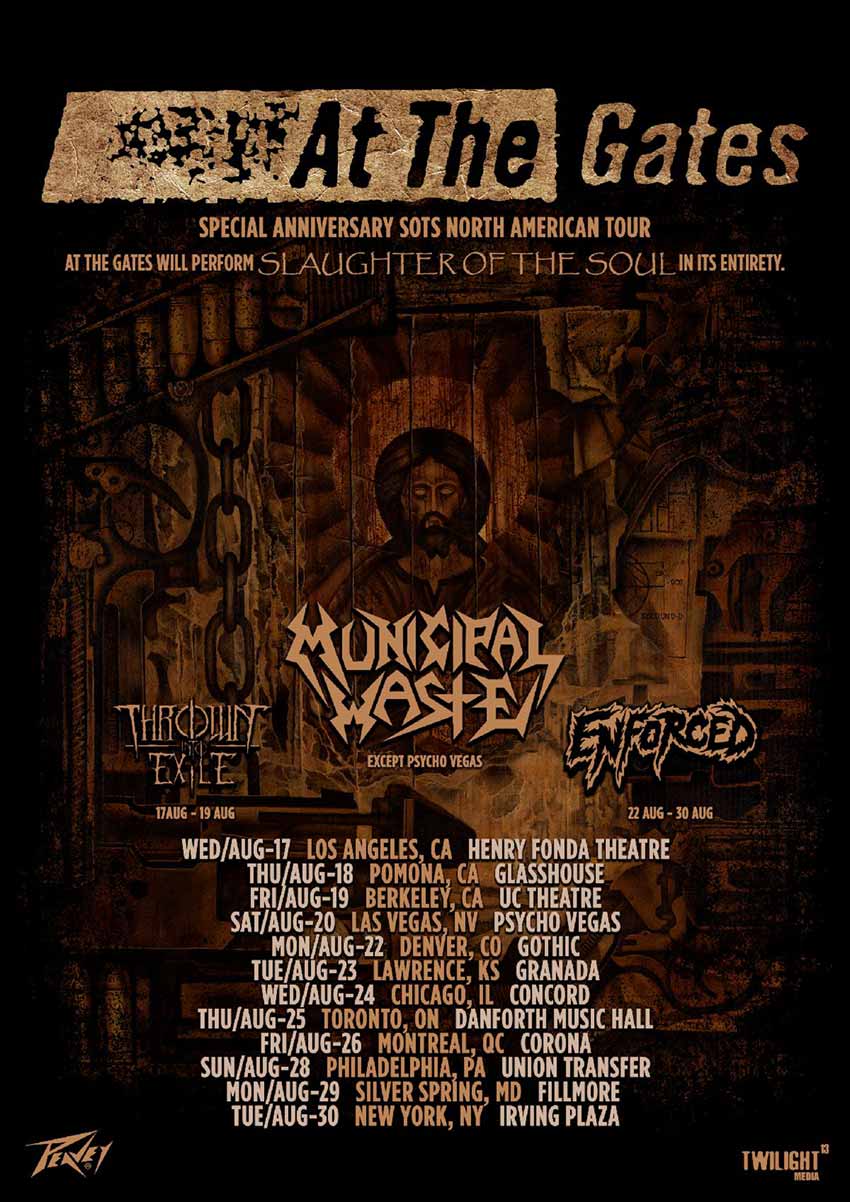