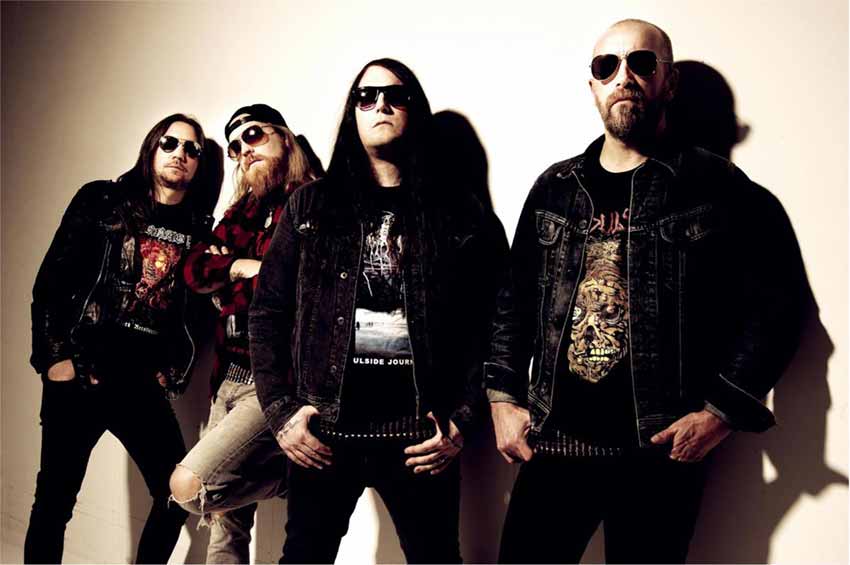 Napalm Records is massively proud to join forces with legendary all-star death metal onslaught Bloodbath! The band has signed a worldwide record deal with the leading rock and metal label.

Formed in 1998 to spread their ruthless old-school death metal in the likes of early Entombed spliced with hints of US-style death metal, Bloodbath released their first three-track EP, entitled ‘Breeding Death,’ in 1999, followed by the critically acclaimed first full-length, the brutal ‘Resurrection Through Carnage,’ in 2002.

With their fifth record, ‘The Arrow of Satan Is Drawn’ (2018), the band currently consisting of Nick Holmes (vocals), Jonas Renkse (bass), Anders Nyström (guitars), Tomas Åkvik (guitars) and Martin ‘Axe’ Axenrot (drums) conjured their latest relentless storm of chaos, driven by explosive death, thrash and black metal and hailed by fans and critics alike. Teaming up with Napalm Records, Bloodbath is now more than ready to take the band to the next level.

Bloodbath on the signing:
“Just as we’re about to enter our next exciting chapter of BLOODBATH, we’re pleased to say that the band is in the good hands of a new label. By joining forces with the mighty Napalm Records, BLOODBATH will proudly make sure our old school death metal continues to pummel onwards and upwards. Let the Napalm rain!”

Sebastian Muench, Napalm Records A&R, adds:
“BLOODBATH could be simply described as a super-group and the title would be 100% correct. However, the essence of BLOODBATH lies in their endless talent to create death metal magic. Death metal as pure and wonderful as very few bands are capable of. BLOODBATH, we are absolutely proud and honored to welcome you to the Napalm family!”