LA punk rock legends Bad Religion have announced their 4-part streaming series by the name of ‘Decades.’ The episodes go down later this month. See below for full info from the band.

Bad Religion celebrates 40 years with the release of Decades, a four-episode streaming event filmed live at The Roxy in Hollywood, California. Each episode focuses on one decade of their career, beginning with the ’80s premiering on December 12th, ’90s December 19th, ’00s December 26th, and concluding with ’10’s on January 2nd. The episodes will include live performance footage filmed at The Roxy in October of 2020, exclusive interviews, and fly-on-the-wall peeks at their rehearsals leading up to the taping of Decades.

Get your tickets at this location. See the event flyer below. 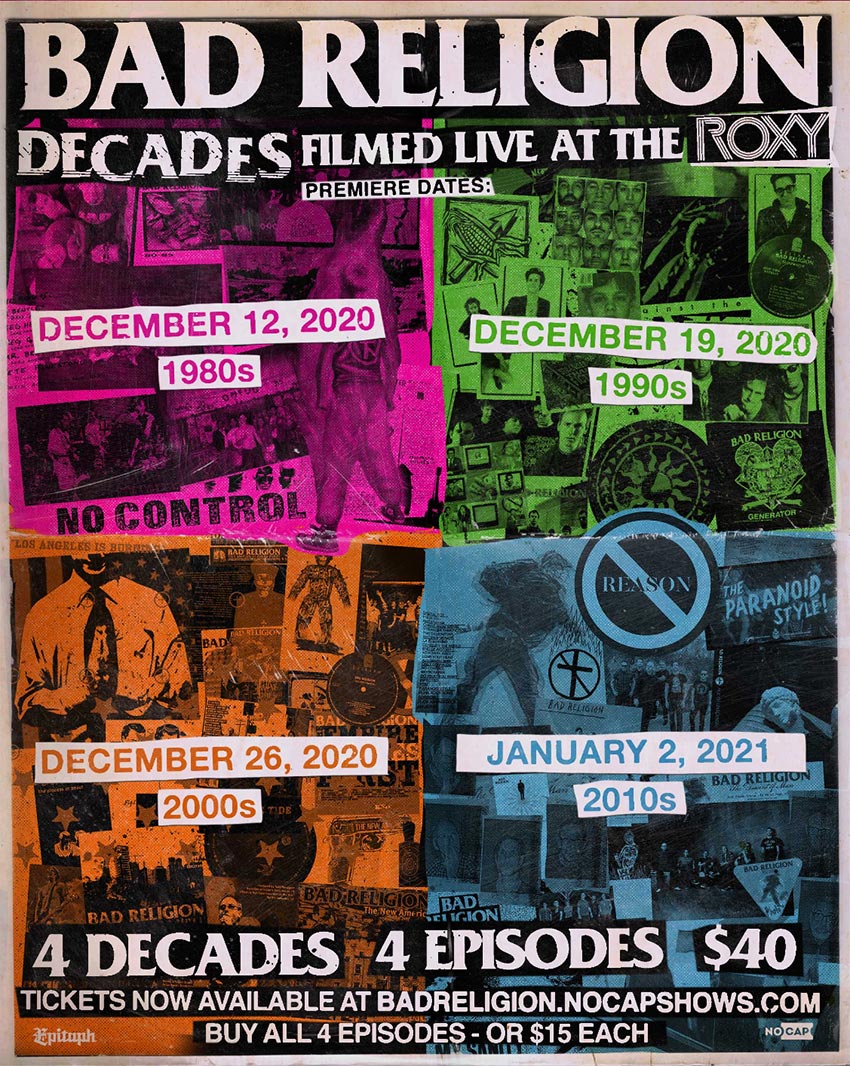