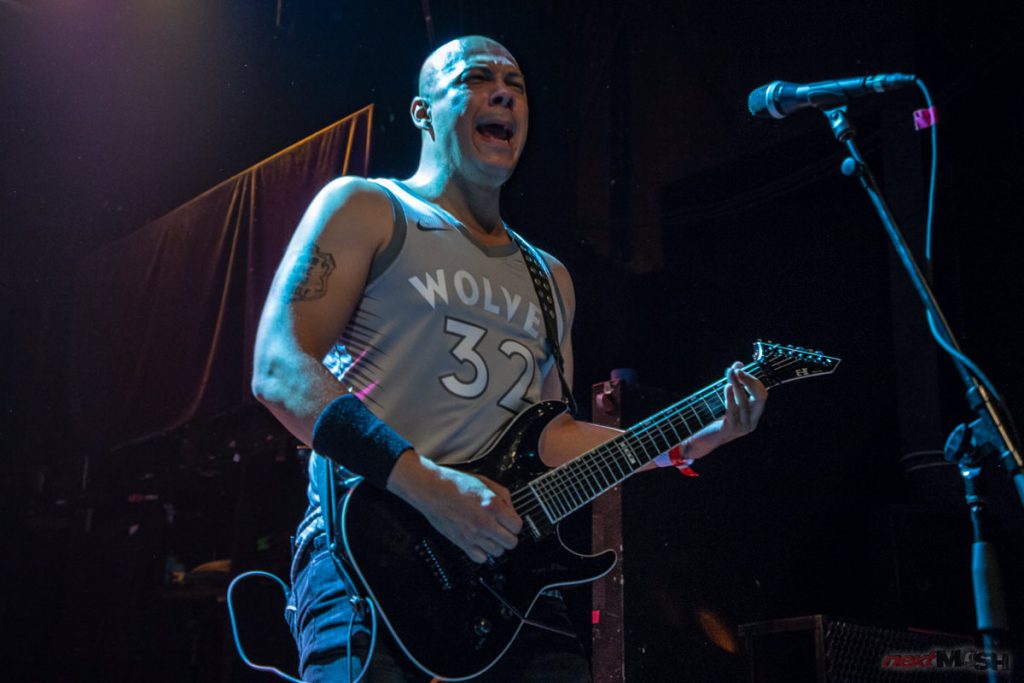 This past weekend, LA metal band Bad Wolves and their singer Tommy Vext officially parted ways after four years together. It was reported Vext dropped the news via a no longer accessible live chat on Instagram.

No official reason for the split was announced, though rumors have circulated citing Vext’s conservative political views and his past domestic violence allegations as part of the division between Vext and his bandmates along with label Better Noise Music.

In a statement, Vext noted that he would clarify the issue and make an official statement “when legal documents are finalized.” Vext added, “you can support me without bashing my former band mates in Bad Wolves.”

Last night and as Metal Injection pointed out, Coyle and Boecklin elaborated further on the issue and their plans moving forward as a band via a Facebook live video (embedded below).

In that video, Coyle stated:

The outpouring of just beautiful words, and just loving embraces from everyone supporting what’s going on with the band…it’s been moving and I just feel so much gratitude. This is obviously difficult because there are people who feel the exact opposite. Who maybe are not happy with how things have turned out, and as much as that can hurt on a personal level when someone is not really on board with what you’re doing, I totally get it. And I understand it. It’s not an easy thing to lose someone who was that talented, so much at the forefront of what we’re doing. So I totally get it if people are upset. And hopefully we can do the work, as a band, to hopefully win you back. But if you’re like “It’s not for me anymore” then do your thing, but for us it’s all positivity and that’s what we really want to focus on. Just being positive and moving forward and getting to the next step.

It’s sad to say that we had to part ways, or that he left, or that he was fired, whatever. Like, fuck all that shit. It’s just something that had to take its course like this. It was just past the point of going back. We understand where any fan would come from. ‘What’s this band without Tommy?’ or whatever, we understand it. But we’re here and we’re going to write the sickest record that we’ve ever done with a new guy and you can take it or leave it. Not as, like, a threat or anything, it’s just kinda like, you know, we’re here to just do business as usual. We’re musicians and that’s all we’ve ever done. Now we’re just going to push forward.

And it’s like “Is this about politics?” “Is this about this and that?” Right now, what we would like to say is this is not about cancel culture, in what has transpired with the band. Doc has had his political views since I’ve known him. Since, fuck, when we first met in 2004. Tommy definitely became much, much, much more of a political person in the light of COVID when that hit. However, they were still managing since the band began, if he had these ways or whatever. So it’s not all about canceling someone over some bullshit. We have too much to hold on to cancel someone over their political beliefs of anything. So I want to keep certain words out of it and all that crap and I know I sound like I’m being vague and cryptic, I’m not trying to be. I’m just not trying to be a drama bitch that’s just letting everything bleed out. We want the best for everyone who was and is in this band.

And, kinda to that point, I just want to say, we live in very divisive times right now, where whatever is going on kind of in the big picture is really turning friend against friend, family member against family member. And, to me, music, heavy metal, rock and roll, hardcore, punk, was about overcoming our differences, you know? And, it’s like, you go to a Metallica show, and is it about what political party you’re from? Or is it like, we’re all going to sing along to “Creeping Death”? The whole point of it is that we want to put forward a more inclusive idea that, I don’t care, I REALLY do not care who you support, where you’re coming from, it’s about the music.

Ultimately, that’s the thing that matters. And I have family members that disagree with me on certain things and friends. That’s not the most important thing to me. It’s not. I would never, “I don’t want to talk to you cuz you believe…” No! I’m not about that. At all. So I just want to set that straight. That’s not how it is. I just think we need to, we need to as a band, set a standard of casting a wide net and saying everyone’s welcome here. And that’s something…that’s just a value that I hold true.

I mean, I will say that the band did kind of feel, to express how much this isn’t about cancel culture. The band definitely…Tommy’s views are very strong and very outspoken and out there. Where the band was being perceived, sort of, a certain way. As being extreme right wing. And we still, we would’ve and did…I would hang out with Tommy all the time recording this third record. Which is going to be a different thing now, but I would never speak of anything he posted about. I would always try to disconnect from that and just remain being friends. I would never talk politics with him….I would just let him use that part of his life to get what he wanted out of it and express how me and him…we never had one political argument. Ever. I promised myself I wouldn’t say “politics” in this, but I did. I’m just saying, it’s not about cancel culture once again.

But people are asking and I think people want the sordid details and, kind of, get into the whys and this is not the time for that. Right now, listen, this is a very crazy transition. There’s a lot going on, but that’s not what we’re here to do at this time and it’s not relevant right now. So, I know you guys want answers, and I apologize that we can’t go into crazy details and, who knows, maybe those details will never come out. But that’s just not where we’re at. This is just about connecting and seeing what’s up. And saying we’re here.

Boecklin agreed with Coyle, “We are here, and we’ve got a lot of work to do and that’s exciting.”

Bad Wolves’ new full-length album, the follow-up to 2019’s ‘N.A.T.I.O.N.’ is tentatively scheduled to come out later this year. No word yet on who will replace Vext in the outfit.