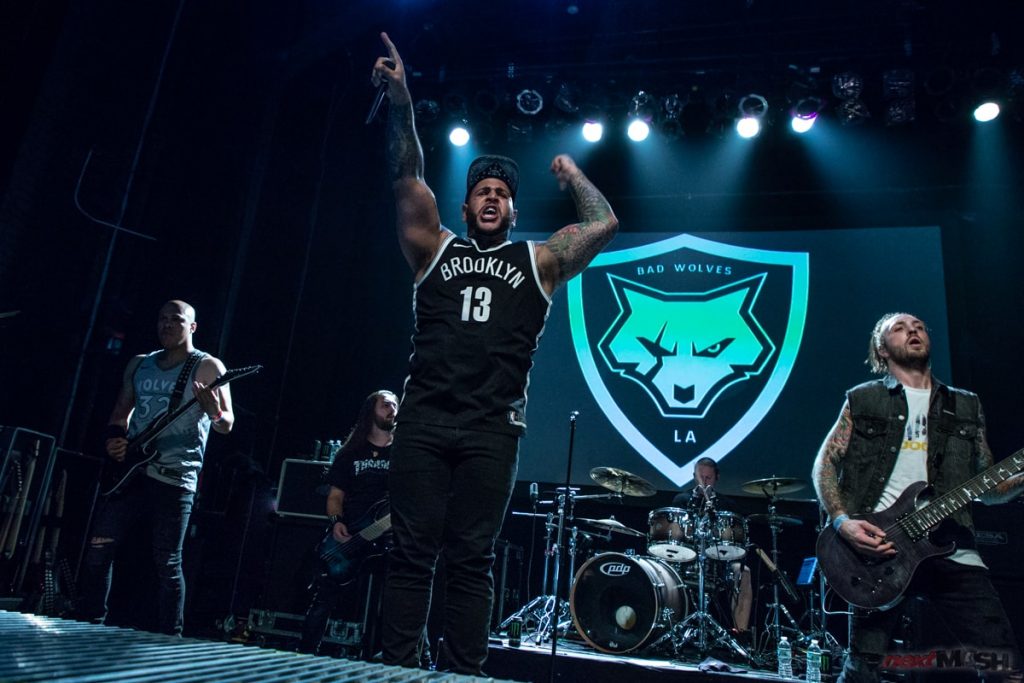 On Saturday, a report surfaced claiming Tommy Vext was out of LA metal band Bad Wolves, which he co-founded in 2016. Later that evening, Bad Wolves confirmed the news, and issued the following statement:

It is true that Bad Wolves and vocalist Tommy Vext have parted ways. The four of us plan to continue making music and a new album is planned for later this year. Tommy has been a big part of Bad Wolves and we are grateful for his contributions. There is not much else to report at this moment but to send love and gratitude to the fans who have supported Bad Wolves from day one. We would not be here without you.

Today, Vext has finally issued a comment on the matter, in a social media post he said:

Guys please listen: you can support me without bashing my former band mates in Bad Wolves. I understand emotions are high and there’s a lot of speculation but just chill. I will make a statement when legal documents are finalized. I have no animosity toward the boys, the media once again ran with rumors and forced my ex bandmates to make an ill timed response.

I am grateful for your support & reassurance and it’s actually moved me to tears. But we don’t need to spread negativity to the other guys.

We have very different political and spiritual beliefs but they are good human beings & the way I see it is we will have a healthy competition to create awesome music. So everyone wins.

Regarding the news and speaking on his current Bad Wolves bandmates, guitarist Doc Coyle posted the below photo on Sunday and stated:

I believe in US. I love these guys with all my heart. Succeed or fail. It’s all that matters. More than money, fame, platinum records, songs on the radio, or how many Instagram followers I have. #badwolves

In a collective statement (also posted on Sunday), Bad Wolves shared the below image and said:

This picture was taken moments before we got in the van and hit the road for our very first tour. We could never imagine we would be where we are at this moment, but we truly appreciate the massive outpouring of support for Badwolves. So sit back, relax, and wait for our new album, the best is yet to come. – @john_boecklin @doccoyle @kskonkiel @letshavechris

There’s still no official reason why Tommy Vext is no longer in Bad Wolves, but the metal media and fans alike have speculated that it’s because of Vext’s conservative political views and his past domestic violence allegations that have caused his bandmates and label Better Noise Music to distance themselves from him.