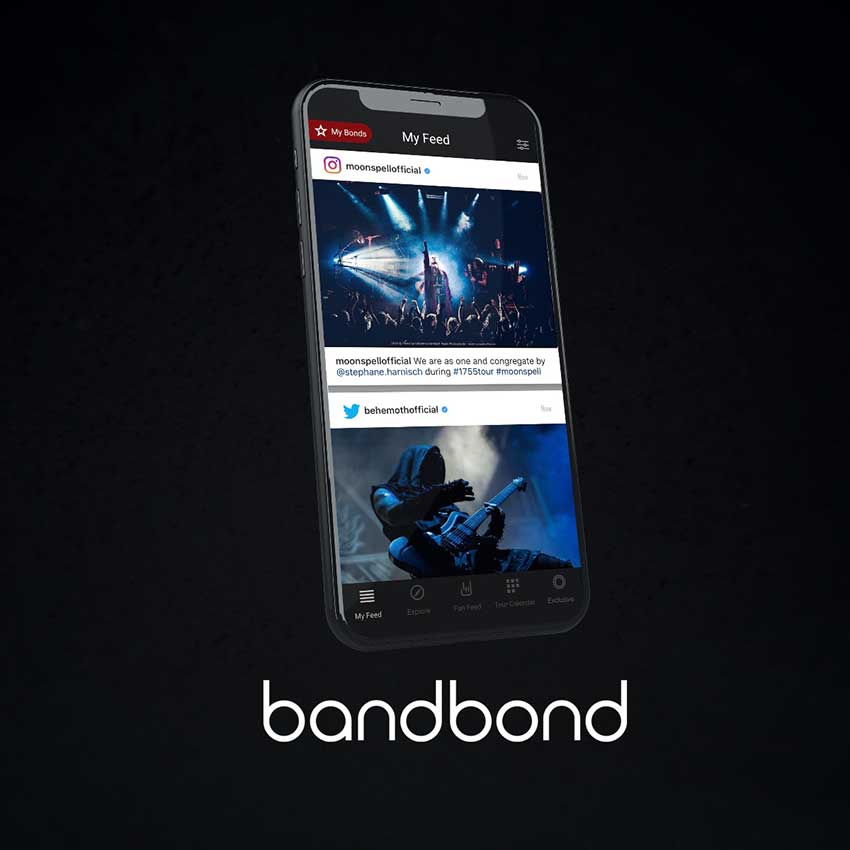 FACT:
Today it’s all about social media. If a metal band wants to get across to their fans, the reach is sometimes as low as 5%.

If someone can charge you — it means they have the ownership. In this case giants of social media claims to own deep and long lasting relationships by putting outrageous price tags on communication. Guess what?They don’t.

Since the days of fanzines and tape-trading, the metal community have a tradition of always finding a way. This time the answer comes in the shape of…

…BANDBOND — A Smartphone App Revolution for the Metal Community

The idea of Bandbond started out of frustration some years ago when co-founder Martin Brändström, member of Swedish melodic death metal pioneers Dark Tranquillity, was in charge of the band’s online social media. It quickly became clear to him that the communication with the fans that the band had earned over the years by touring the world and recording albums now had a gatekeeper in the shape of drastically increased price tags set by the social media giants.

“The relationship between a band and its fans is unique and not something you can market like toothpaste or soft drinks,”Martin explains. “Without sponsoring a post, you will only reach a fraction of your followers. It’s really kind of strange that someone can charge you to reach the fans that actually wants to be reached, and to make you pay for the display of content that you yourself, as a band, has created which generates traffic to their platform.”

Together with music studio colleague and long time metalhead Joacim Starander, and well renowned Swedish metal journalist Mattias Lindeblad, Martin started to outline the idea of a new home for all things metal where the bands and the fans who share the love for metal can have their relationship uninterrupted and free.

All +250 bands in the app today are aware of the problem. Bandbond 1.0 is just a starting point. Future features and directions will be dictated by the needs of the bands and the metal community.

“Within the metal scene, we’re used to doing things ourselves. Back in the days when we didn’t get coverage in mainstream media we started our own fanzines, traded tapes all over the world, did local radio shows, etc.,” Martin states. “In these days, when you’’e forced to use social media, it’s strangely harder for bands to reach out than it ever was. Within the passionate metal community, we’ve taken control by ourselves before. Why not do it again?”

About Martin Brändström:
Martin Brändström, artist, producer, and a member of the iconic Swedish death metal band Dark Tranquillity. The band was formed in 1989. Together with At The Gates and In Flames, they are considered to be the originators of the very influential Gothenburg Sound music scene.

About Mattias Lindeblad:
Journalist Mattias Lindeblad has covered hard rock and metal in Swedish media for 20 years. He has hosted tv shows, radio shows, written books, done exhibitions and critically acclaimed documentaries. Mattias’ have also been the band announcer at the Sweden Rock Festival for more than 10 years. 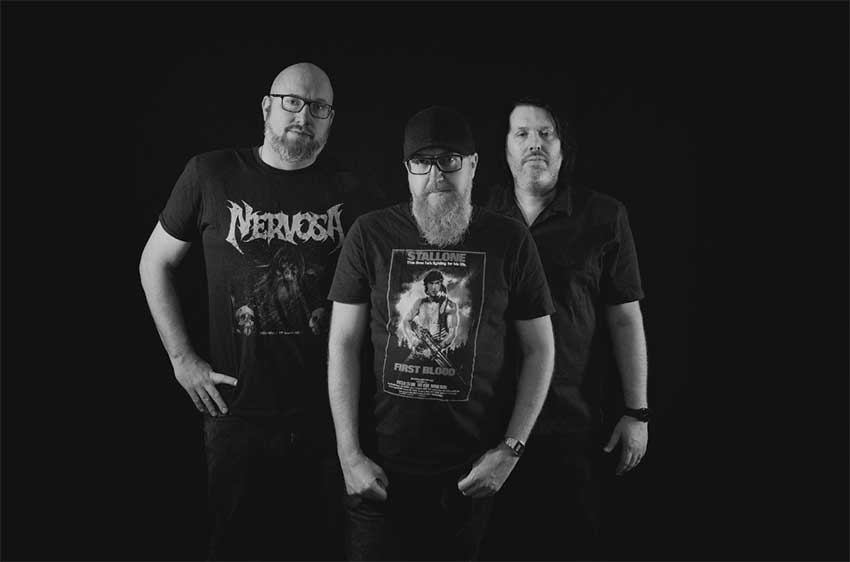