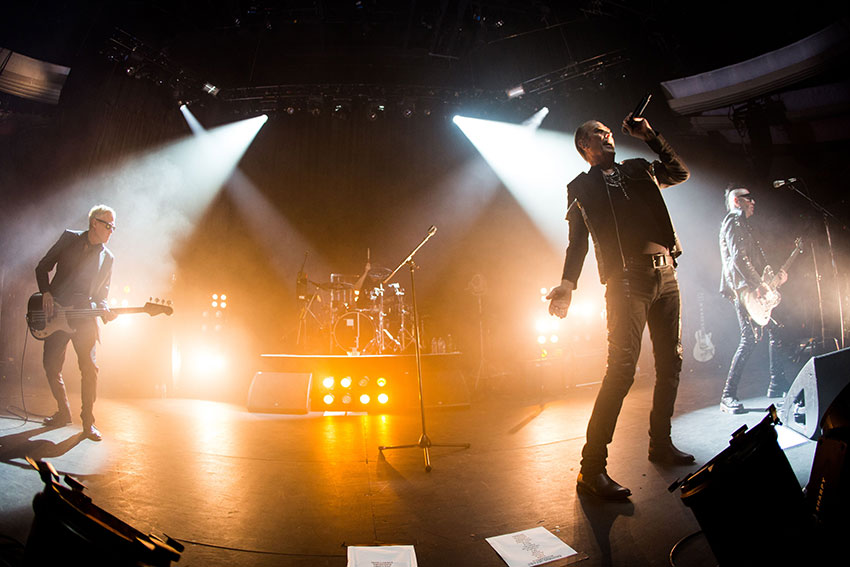 English gothic rock legends Bauhaus have moved their planned Mexico City shows to an open air venue. Check out the full scoop via the official press release below.

The return of Bauhaus to Mexico City has been confirmed by the band in a new open-air venue for everyone’s safety. The Bicentennial Park will now be the stage where the British band will finally meet their fans in Mexico after almost 16 years since their last presentation at Palacio de los Deportes.

In addition, it has been confirmed that they will be accompanied by two special acts: Automatic and Soriah will join the lineup for both dates. The first is the band formed by Lola Dompé, the daughter of Bauhaus drummer Kevin Haskins with Izzy Glaudini (synths, vocals) and Halle Saxon (bass, vocals). Automatic released their debut album Signal in 2019 and last year they released a great cover of Delta 5’s hit “Mind your Own Business”. On the other hand, Soriah is the artistic name of the project of the Mexican-American multi-instrumentalist, singer and performer, Enrique Ugalde, who has already accompanied both Peter Murphy and David J. in solo presentations. Avante shamanic throat singing, rooted on Mexica and Tuvan tradition, layered with live instruments and looped/processed into vocalized ritual landscapes.

It should be noted that the new location will have all the security measures and COVID protocols. All the members of the band are very happy for the show in this new venue which will be their return to the stage since the end of 2019 when they performed in Los Angeles.