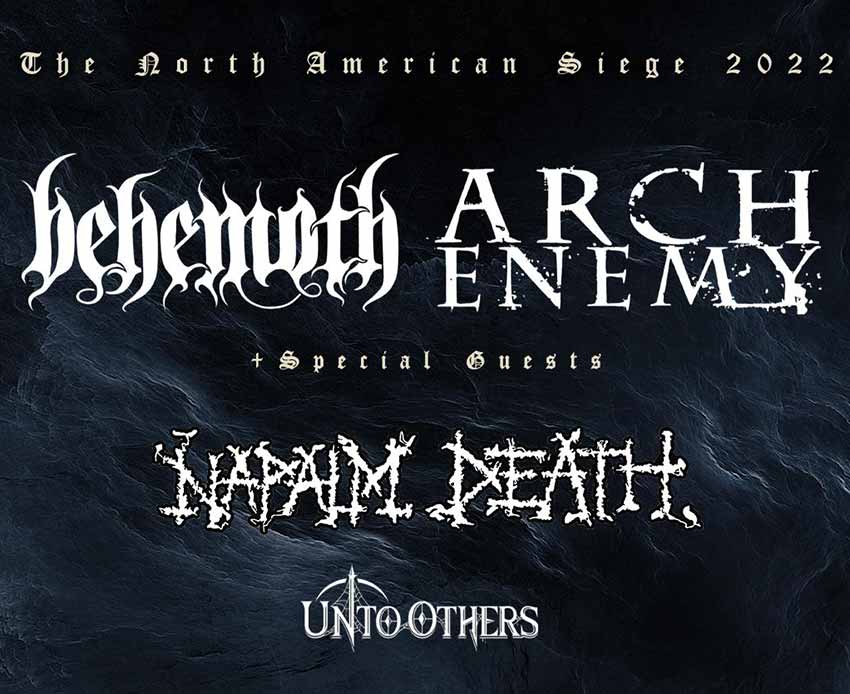 Behemoth, Arch Enemy, Napalm Death and Unto Others will join forces for ‘The North American Siege 2022’ tour, which is set to kick off in April — all dates are listed below.

Behemoth’s mainman Nergal comments, “To say that we are dying to return on the road would be an understatement! In fact, we’ve never been more hungry to reunite with our legions…not only to bring you one of the hottest EXTREME METAL touring line-ups in a long time, but also to bring you NEW Behemoth music! Rejoice!!!”

Arch Enemy’s guitarist Michael Amott states, “I honestly couldn’t be more excited about having Arch Enemy join forces with Behemoth, Napalm Death and Unto Others for a run of dates through North America in 2022! A killer package of quality mayhem right there – can’t fckn wait!” 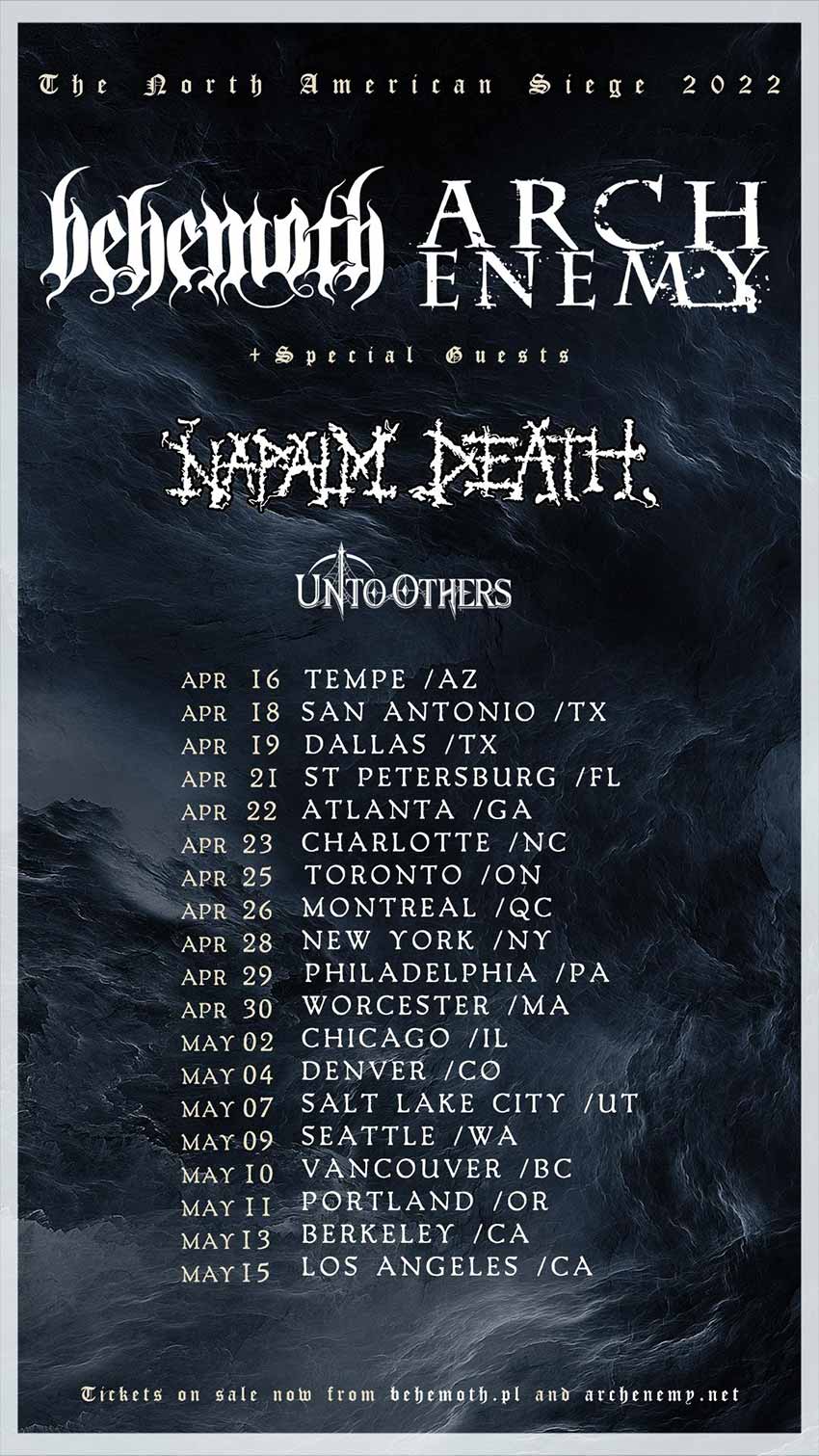