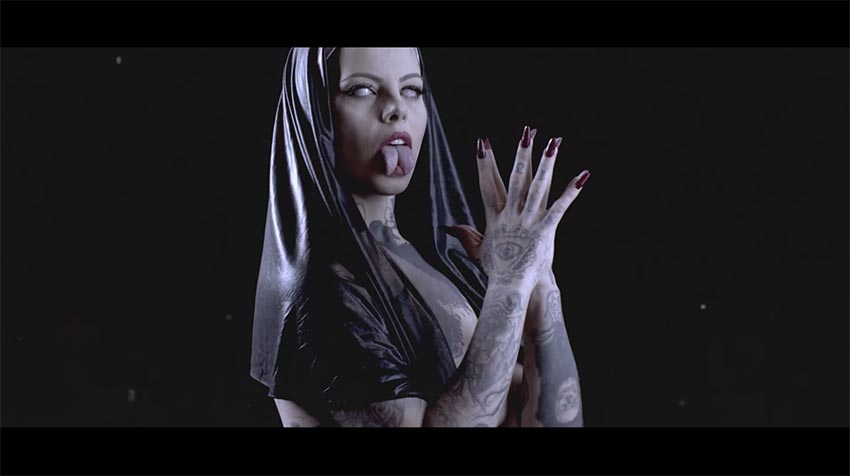 Austrian death/black metallers Belphegor have officially released their previously hyped music video for their re-recorded track “Necrodaemon Terrorsathan,” which appears on their 2000 full-length album of the same name (due out on November 6, 2020 via Nuclear Blast Records – pre-order).

During these uncertain global times, we continue to glorify the Pan-demonic Totentanz with the re-recorded title track, ‘NECRODAEMON TERRORSATHAN’.

It’s a manifestation of Diabolical Death Metal in its purest form. 20 years after the original release, it’s an offering to the horde that supports BELPHEGOR, making it possible for us to still be here, on fire, and stronger than ever before. We hail you!