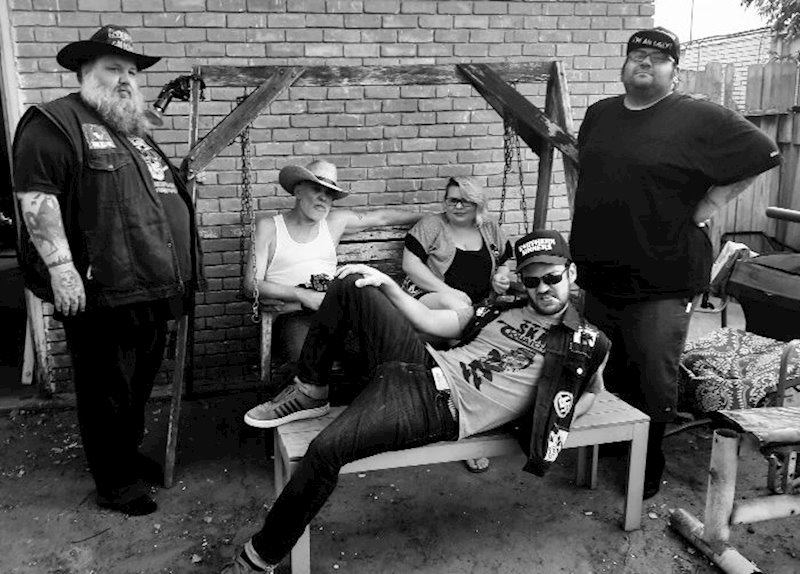 Corpus Christi, Texas-based hillbilly punks Black TarPoon are gearing up for the release of their new full-length album, ‘Probable Caws,’ later this year. The upcoming record’s first single, “Ten Thousand Throats,” officially drops tomorrow, March 12th, but you can stream it now in full below.

Black TarPoon tell stories of loss, addiction, and, in their own words, “so-called hillbilly life” during modern times. Regarding the band name, the gang previously noted, “We assure you it’s not slang for a woman’s private parts. We use the word ‘poon’ as in a foolish person. The name is basically an anti-heroin reference. We’ve had loved ones pass away due to heroin overdose… Heroin can make the best of us fools.”

Black TarPoon’s impending new album, ‘Probable Caws,’ follows the release of their 2017 debut album, ‘A Macing Graze.’ The outfit have also released a duo of EPs: 2015’s ‘Creature from the Black TarPoon’ and 2020’s ‘The Thad EP,’ along with a split 7″ in 2019, ‘Blacked Out at Muddy Roots,’ and a live effort recorded on Dave TV in 2017, ‘It’s Alive: in Austin.’ In addition, a year ago tomorrow will mark the release of the band’s soulfully punk-ish standalone single “Somebody’s Watching Me,” which was originally made famous by veteran singer Rockwell.

Along with assisting in reviving the American music roots and folk punk scene in South Texas, Black TarPoon have also performed at festivals across the country, counting ‘Muddy Roots Music Festival’ in Tennessee, the ‘Moonrunners Music Festival’ in Chicago, ‘Folk Shit Up Festival’ in their own home state, and more.