“Recorded live in Los Angeles at the Den Studios, Unplugged will offer an in-depth look at the stories behind the songs from every part of Black Veil Brides’ catalog,” says the official announcement. “Radio hits and fan favorites comprise the setlist for and even the song “Vale (This Is Where It Ends)” from the band’s fifth studio album – which has never been performed live – makes an appearance at the acoustic event.”

Frontman Andy Biersack explains further, “Growing up I loved getting the opportunity to watch my favorite bands sit down and go into detail about their entire back catalog of material. Whether it was KISS on “MTV’s Unplugged” or Billy Idol on “VH1 Storytellers” this format has always appealed to me. We are so excited to give fans of the band a set list that spans our entire career and the stories behind the making of these records and songs.”

If you haven’t already, stream new video single “Fields of Bone” below. 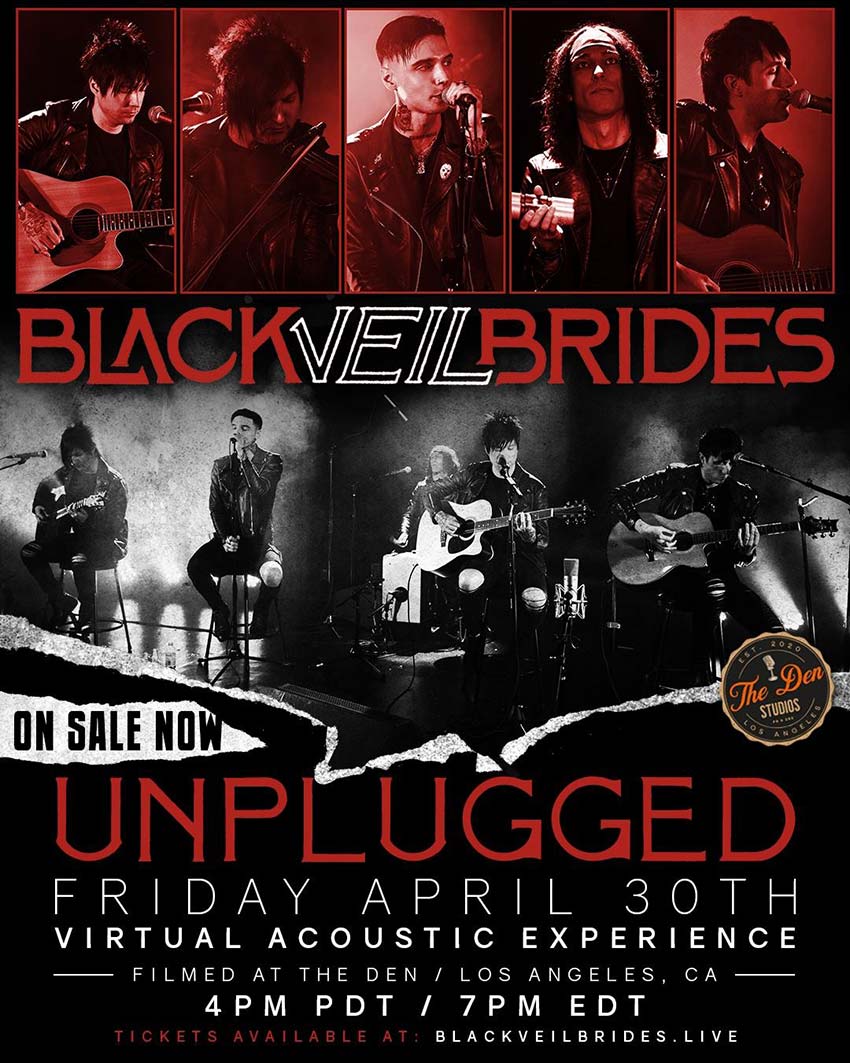 Also Check Out: ‘Punk In The Park’ (AZ) announces Pennywise, Face To Face, Strung Out + more