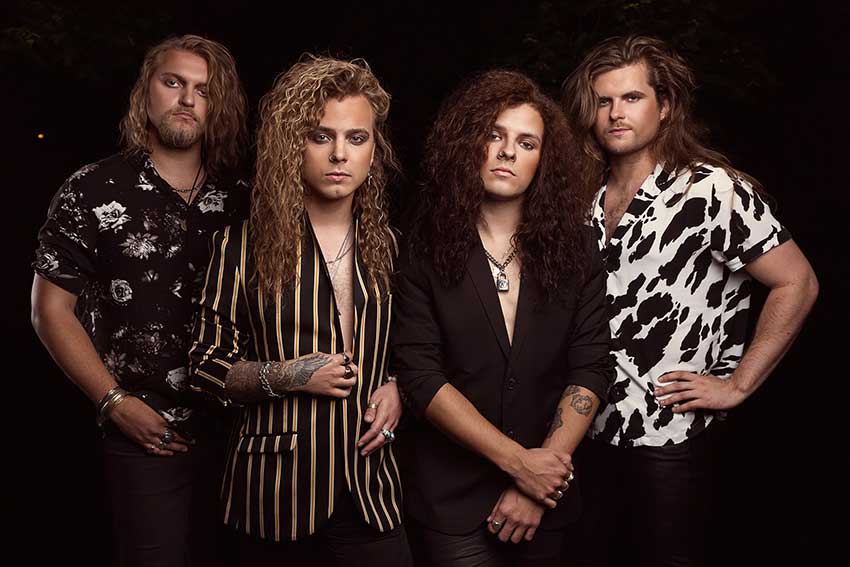 Frontiers Music Srl is proud to announce that Latvian hard rockers Bloody Heels will release their new album, “Ignite The Sky” on July 10, 2020. Today, the band has premiered the first single and video from the album, ‘Criminal Masterminds’. Watch the video here:


Stream the single and pre-order/save the album HERE: https://orcd.co/ignitethesky

“Ignite the Sky” has some pretty heavy songs, but at the same time there’s plenty of melodic stuff, harmonies and big choruses. I like to call this album ‘Dark AOR’, haha! We managed to blend everything we love about music, to be honest. But one thing is for sure, we’ve never felt such a strong connection with the songs before,” says singer Vicky White of the upcoming album.

Regarding the first single, White continues, “‘Criminal Masterminds’ is definitely one of our heaviest songs to date. It was also one of the last songs we wrote for the album, just a month or so before we headed to the studio. Me and Harry were waiting on the other guys in our rehearsal room, messing around with some different guitar tunings and came up with the main riff. Then Gus and Gunn came and the rest is history. It’s one of those songs that came together in just a couple of hours. We wanted to release this song as the first single because I think that it captures what Bloody Heels is about now. It’s a bit heavier and more in your face, but still quite melodic, with a big chorus and lots of harmonies. It’s quite different from anything what we’ve done before, but doesn’t abandon who we are.”

“We made the music video with Ivo Skanstins (director) and his team, which was a no-brainer as we’d done two videos together already that we were really happy with. He knows us well and we know him well. It was filmed in one day right before our European tour last October. A magical day for us, really. I also want to give a big thanks to all the people that were involved in the video and who volunteered their time and talent. We filmed the video outside in quite cold weather while the water was pouring on us was FREEZING. Luckily, we didn’t got sick because we had to leave for tour 48 hours later,” explains White.

Adds White, “I also want to say that of course we all know what’s happening right now in the world. Hopefully we can cheer some people up with this song and video! We have to remember that we are all one in spirit and the only way we’re gonna crawl out of this mess is together! Stay home, stay healthy, and keep up the positive vibes!”

Latvian hard rockers Bloody Heels recently joined the Frontiers label’s rapidly expanding pool of young talent and one listen to their debut album will easily explain why the label HAD to sign them up. With nods to the great ‘80s hard rock scene, but also bordering on heavy metal (listen to those kicks drums on first single ‘Criminal Masterminds’), this band is a delightful mix of catchy and driving. With a great whisky-soaked sounding throat, vocalist Vicky White provides the perfect voice for the thunder and lightning that guitarist Harry Rivers, bassist Gunn Everett, and drummer Gus Hawk are raining down upon us.

Formed in 2012 in Riga, Latvia, Bloody Heels have a musical style that could be best described as a sort of missing link between Crashdïet and Crazy Lixx, with heavier elements like early W.A.S.P. and Kissin’ Dynamite. The band have already made a name for themselves with the EP ‘Summer Nights’ (2014) and the album ‘Through Mystery’ (2017). They’ve played shows all around Europe including Sweden, Finland, Norway, Germany, Slovakia, Czech Republic, Poland, Netherlands, Belgium, and the Baltic States. 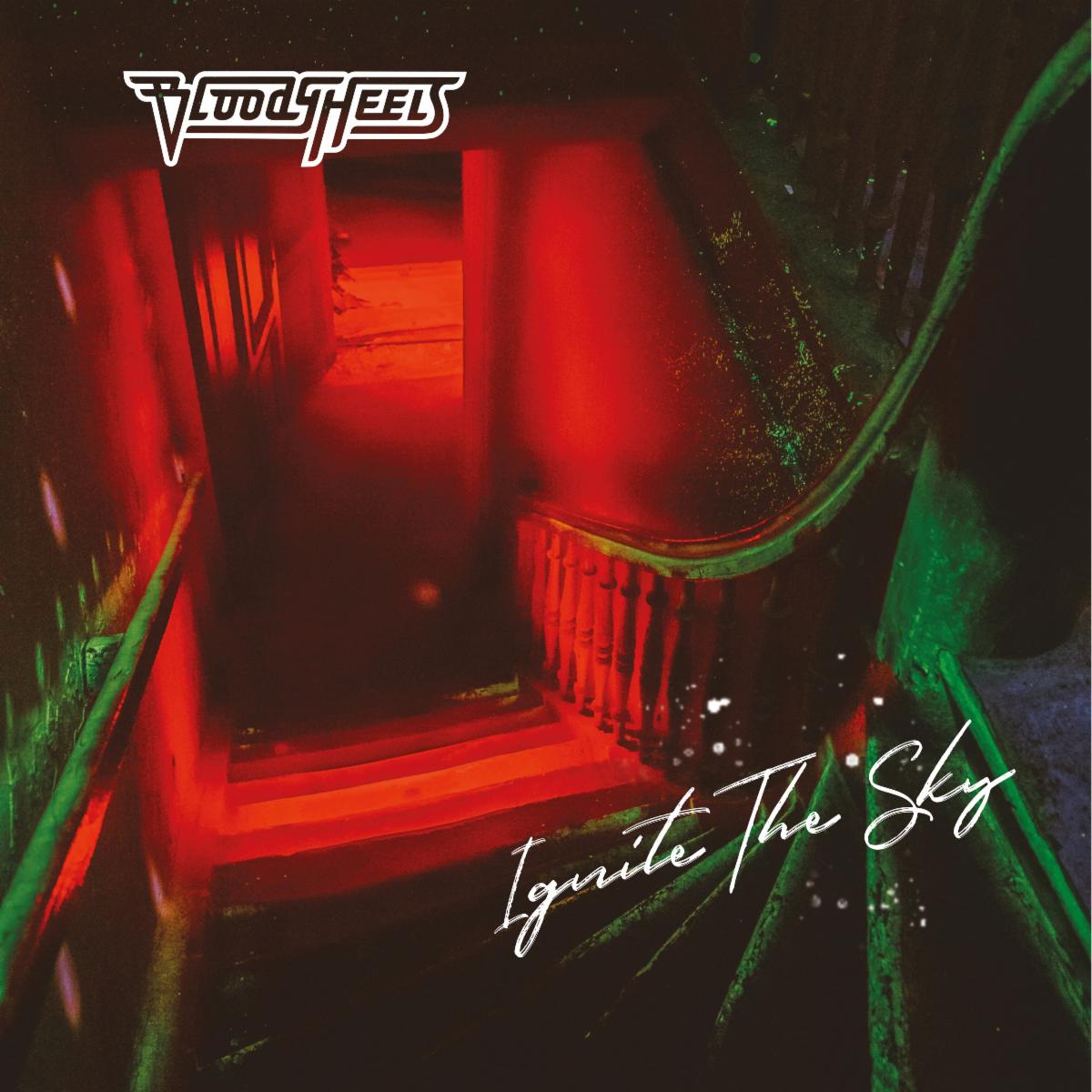 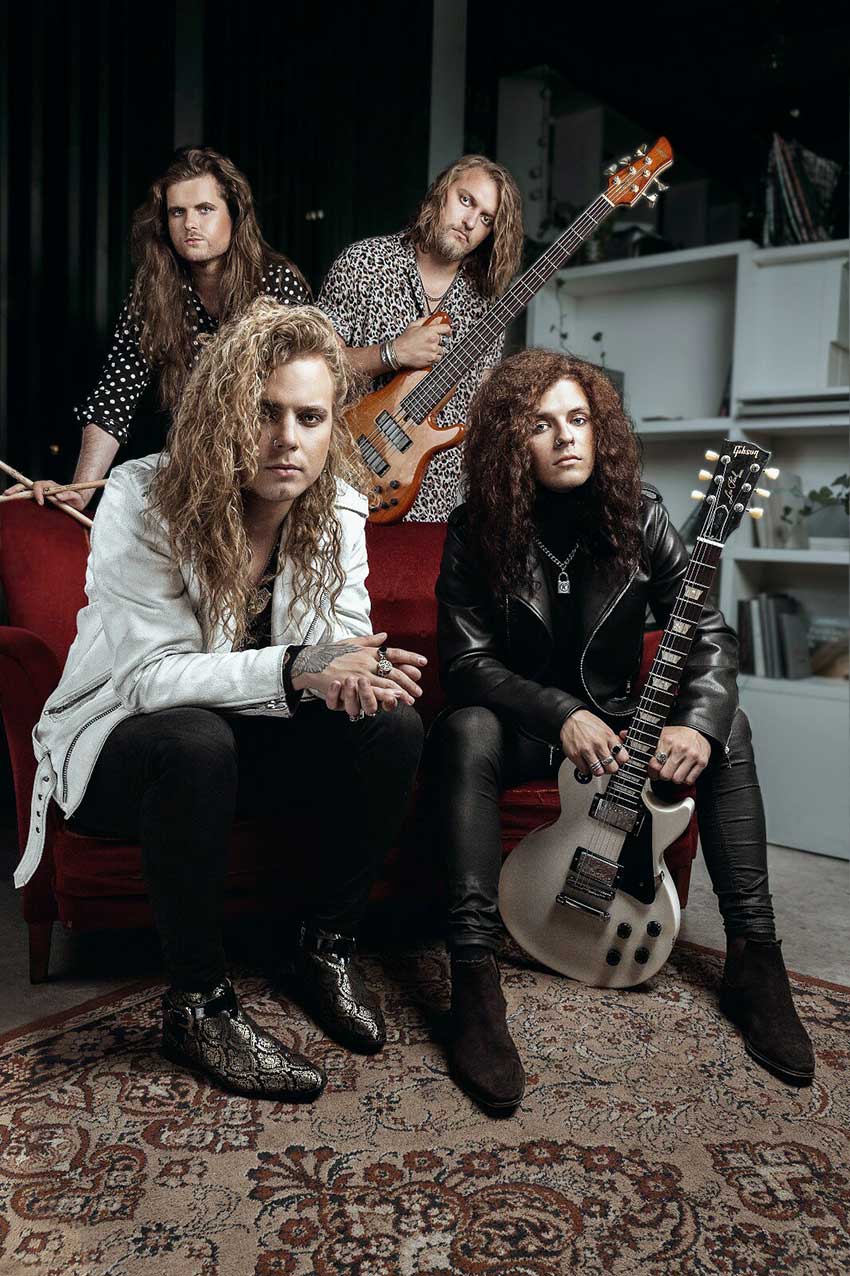