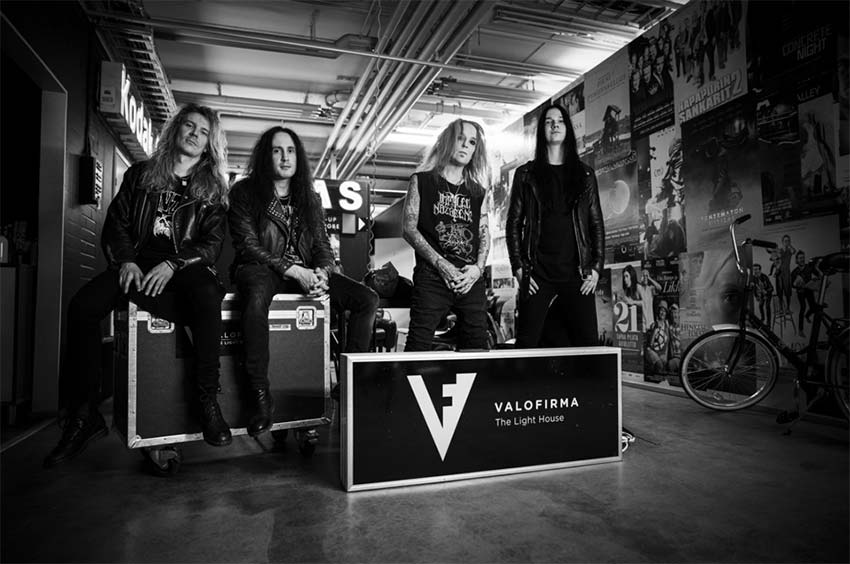 Bodom After Midnight (ex-Children of Bodom, ex-Santa Cruz, Paradise Lost) have released the title-track to their upcoming ‘Paint The Sky With Blood’ effort through Napalm Records (due April 23rd – pre-order) — check out the official clip below.

A press release states, “When matchless vocalist/guitarist Alexi Laiho and guitarist Daniel Freyberg joined forces with Waltteri Väyrynen, Mitja Toivonen and live keyboardist Vili Itäpelto to form the explosive new metal pillar BODOM AFTER MIDNIGHT, it was meant to mark the beginning of an exciting new chapter. Their sonic plans were massive – including an EP release in the spring followed by a full-length album later in the year. But this promising force ended far too soon in very late 2020.”

The presser adds, “The aforementioned EP, Paint the Sky with Blood (out April 23 via Napalm Records), was recorded in Finland back in 2020, and now, the three-track piece embodies a whole new meaning. Paint the Sky with Blood is an overwhelming tribute to an outstanding artist and an exceptional sonic heritage and at the same time, a modern homage to the genre itself.”

Regarding the new video single, the announcement says, “A storm of raging guitars and blaring drums rise, merging with the late Alexi Laiho’s versatile vocal power and leading up to a heavy attack, conjuring fond memories of the virtuosic musician.”

Bodom After Midnight themselves say, “Like ourselves, Alexi was beyond stoked about these songs and anxious to get these out, so we are happy that we can fulfill his wish. Needless to say, we are honored and proud to be a part of his very last creative work and to unleash it the way he wanted it. It’s time to let the beast out of the cage one more time as a celebration of Alexi’s music, legacy and the man himself.”