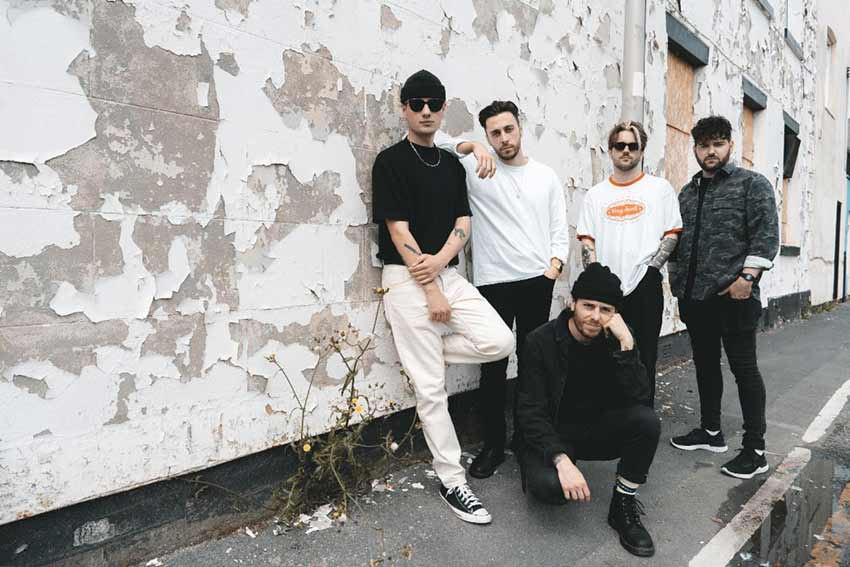 Modern Brit rockers Boston Manor have released a fearsome new anthem in “Carbon Mono,” their first single out via SharpTone Records, available to stream at [LINK – embedded below].

Hook-laden, coherent, blackly witty and with a molten emotional core, it’s the opening of a new chapter, hinting at even greater brilliance to follow. “This song is a conversation that sort of goes back & forth between two people,” explains vocalist Henry Cox. “It’s about people’s unwillingness to change & acknowledge our own shortcomings. It’s a classic Boston Manor tune that we wrote for people to rage to live. We’re so excited to be back playing shows & we just wanted to have something to play that people could blow off some steam to.”

On the track, Cox reasons acerbically that “Desperate times call for desperate pleasures.” “My lyrics aren’t ‘political’,” Cox says, “but they are about the alienation I began to feel from the common person on the street, an alienation magnified by the way the world has reacted to Covid and the lockdown, and the George Floyd murder… Isolation, anxiety, dread…”

The Blackpool-born outfit released their highly-charged and critically-acclaimed third album ‘Glue’ in the midst of the first Covid-induced lockdown, in a total vacuum of live music. “It was just, like, ‘nothing’, for so long,” remembers vocalist Henry Cox, of the weeks following GLUE’s release, the disappointment, the stasis, the disarray. “We got in the funk of it. And not the good kind of funk.” Denied the opportunity to tour their new album, to get under its skin, the band instead began work on new music, somewhat ahead of their typical schedule.

“Carbon Mono” is the fruit of what guitarist Michael Cunniff describes as “the most joyful writing sessions we’d ever had,” tapping into teen influences of the late 90s – the Cardigans, the Cranberries, later-era Depeche Mode. The track was recorded at Stustustudio, the Brixton recording location run by producer Larry Hibbitt. “I realized that, as awful as that dark period in 2020 had been, it was also a blessing in disguise,” says Cunniff. “We’d changed labels, and we wanted to try new things, and we had this space to do something different. We weren’t exhausted from ten months on the road.”

In addition to a spot on this year’s Reading and Leeds Festival as well as a handful of headlining shows this month in the UK, Boston Manor will be hopping across the pond as the main support to UK pop punk favorites Neck Deep across their run of upcoming North American shows in 2022.

Also Check Out: ‘This is GWAR’ feature length documentary to debut at ‘Fantastic Fest’