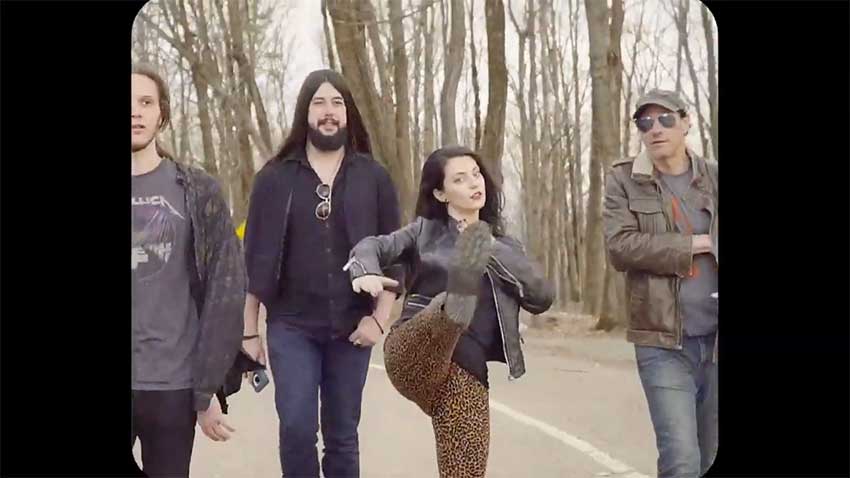 Wisconsin rockers Bourbon House have posted an official clip for their latest single, “Too High to Care,” which they self-released on April 17th. The track was recorded and produced at Rustbelt Studios in Detroit, MI with engineer Steve Lehane (The Black Dahlia Murder, Citizen Zero), and marks the first of five new tracks scheduled to be released this year.

Regarding the song/video (which you can stream below), lead singer Lacey Crowe states:

‘Too High to Care’ is a very free-spirited, zero apologies, own-your-shit-proudly kind of song. I think the video reflects that. We’re a rock band having fun, setting up in random places during a massive lockdown and performing for three people hanging out on their porches across the street. You’re basically coming along for the ride with us and watching our 13-hour video shoot day unfold.

During that shoot, they stumbled on a small freezer inside the abandoned building where the first sequence was filmed. Inside that freezer was a bag of bones and the band and crew were convinced they were human remains. After calling the sheriff to report the finding, it turns out that they were most likely chicken bones.

Bourbon House’s 2020 touring plans have unfortunately been postponed due to the ongoing pandemic, but stay tuned for more band news to come.

Stream “Too High to Care”: