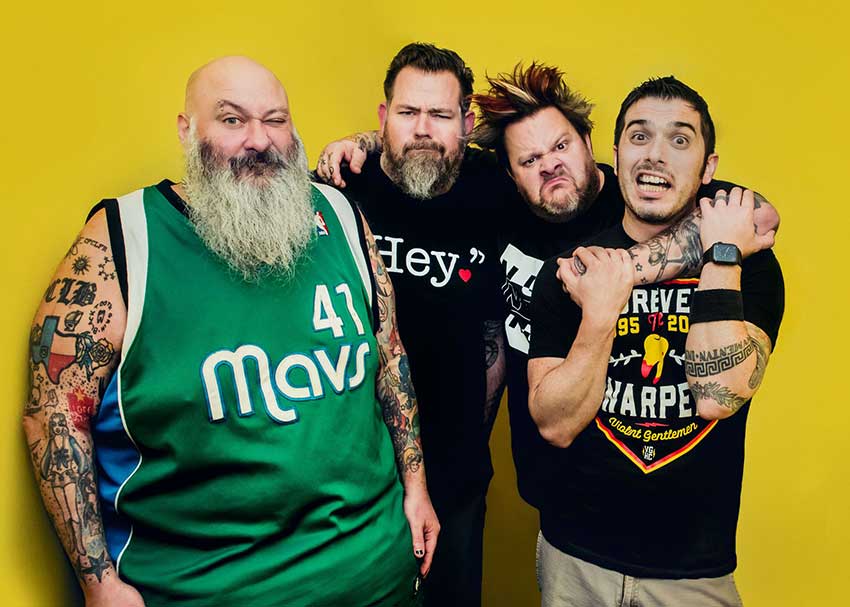 Punk rock bands Bowling For Soup, Less Than Jake and The Aquabats, plus openers Mom Rock, will join forces for a U.S. summer run being called ‘Back For The Attack Tour’ — see all confirmed shows below.

The trek reveal states, “The tour kicks off June 22nd in Norfolk, VA and will wrap on July 9th in Newport KY. Artist ticket pre-sales begin March 29th at 10:00AM Local Time and general on-sale is Friday, April 1st at 10:00 AM Local Time. Tickets will be available at bowlingforsoup.com/tour.”

Bowling For Soup’s Jaret Reddick states, “Finally! We started discussing this tour with Less Than Jake, right before the world shut down! Now that The Aquabats and Mom Rock have jumped on, this is sure to be the hap-hap-happiest summer tour EVER! Can not wait to get back out there!!” 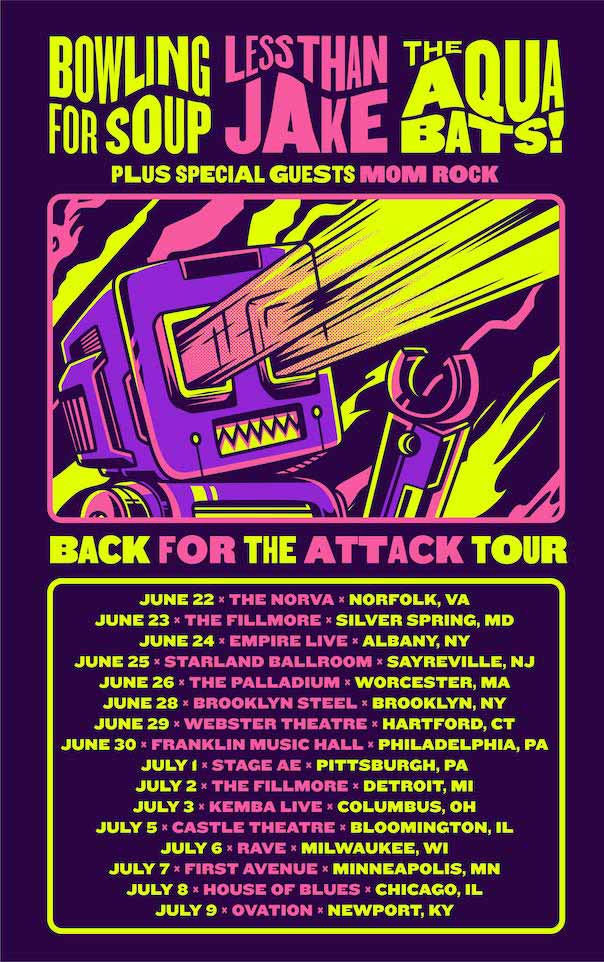