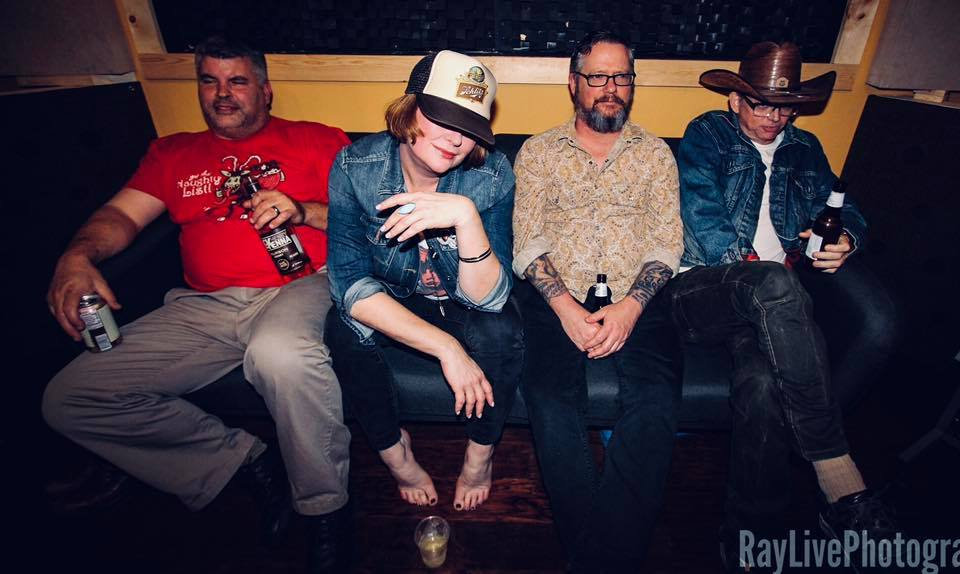 Proving to be a continual force to be reckoned with, punk rock quartet, Brandy and the Butcher, are turning up the volume on their newly remastered EP, ‘Dick Circus.’ Due out on March 13, 2021, Brandy and the Butcher create an awesome mix of ’70s rock and punk charged with a hint of late ’60s dirty electric guitar and catchy, hard-hitting drums.

‘Dick Circus’ is loaded with pedal to the metal raw punky rock anthems, action packed attitude, and a tune that begs for a whole lot of jumping around. If there’s one thing Brandy and The Butcher isn’t short on, it’s high volume, high voltage rock and roll with enough groove to slow it down without being “slow.” The newly remastered EP only serves to amplify the noise! This is great summer rock and roll that is only missing a crowd whether it be a sweaty bar or an outdoor festival.

The band comments: “Dick Circus was originally released on vinyl only, so the original version of the record was mastered specifically to sound like a 70s rock recording. The approach to mastering a record in the 70s was much different than current day methods. The streaming and download masters are currently the same as the LP master. Now, the newly remastered record is being released on CD so a much louder and rawer sound is the result. Today’s records are usually released to sound loud and hot which heavily processes the final product. The original “Dick Circus” was intentionally left without that modern processing for a more vintage tone. This remastering is a new representation of the songs that will jump out of the speakers quite a bit harder! We look forward to seeing who prefers the retro or the more modern master.”