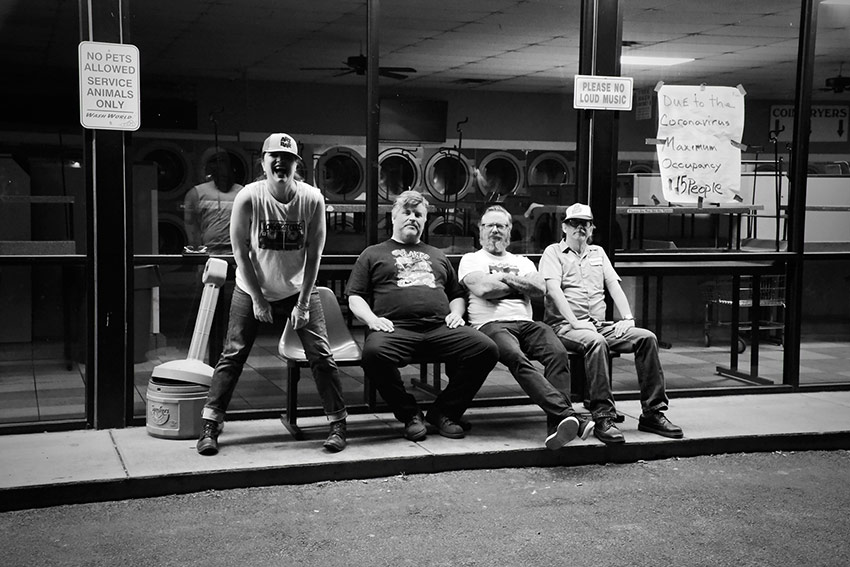 South Carolina-based punk rock outfit Brandy and the Butcher have officially released a new video for their high-energy single “Watch Me Go,” which comes off the band’s recently released debut full-length album, ‘Dick Circus.’ We’ve got the exclusive North American premiere of said new clip, which was directed by Christopher Bickel (‘Teenage Caligula,’ ‘The Theta Girl,’ ‘Vampyras Psychedelikas’) via his underground production company, Films Colacitta. Check out the new video below.

ICYMI, we premiered the official video for the title-track off ‘Dick Circus’ over the summer. Brandy and the Butcher’s first full record officially dropped on August 21st following the release of a handful of singles and EPs. The new LP’s engineering duties were handled at The Jam Room Recording Studio by the band’s own guitarist, Jay Matheson, who has also worked on efforts from the likes of Kylesa, Black Tusk, Dark Castle, Baroness and other equally earth-shattering rock and metal acts.

Drawing influences from The Stooges, Sex Pistols, The Cramps, Suzi Quatro, MC5 and The Runaways, Brandy and the Butcher is rounded out by vocalist Elizabeth Hale, bassist Roger Shattuck and drummer Kevin Brewer. Longtime friends Matheson and Brewer started the band in 2018 after Brewer retired from the Army (he had served in combat roles and then as a full-time Army Musician). Brewer’s bud and fellow Army Musician, Shattuck, joined the band shortly after, and Hale (a former lumberyard worker and strip club owner) was recruited to front the brigade with her new wavey, punkish vocals.

On the live concert front, Brandy and the Butcher are set to perform at the ‘Rock The Block: A Fun(d)raiser For Trustus Theatre’ event on Saturday, November 21st in Columbia, SC. The gathering runs from 4PM-7PM and will also see performances from Les Merry Chevaliers and E.Z. Shakes (tickets are only 10 bucks, BTW, and the show is for a good cause). “Trustus Theatre is turning the parking lot next to the theatre into an outdoor rock club for one night only,” notes the official event page. “ROCK THE BLOCK is a FUN(d)raiser where we turn up the fun and raise a little money for Columbia’s contemporary professional nonprofit theatre. Safety precautions will be in place to provide you with a safe early evening experience.”