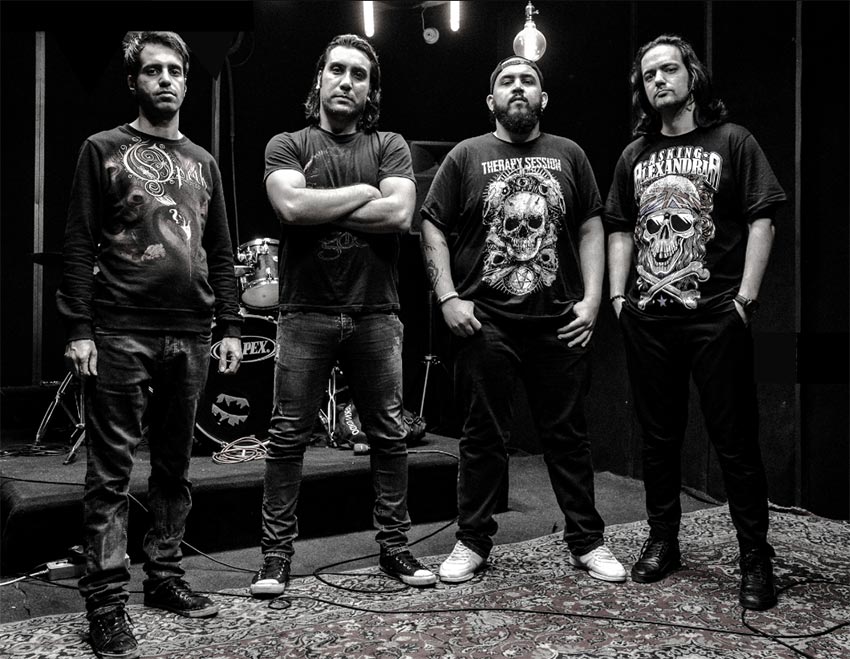 Iranian Metalcore band Calibre are releasing fresh music with their new single “… From the Abyss” after becoming the first metal band from The Islamic Republic of Iran to sign a record deal with a foreign label and to distribute physical copies of their album The Storm Inside to record stores worldwide. Their debut album The Storm Inside which was released on December 13, 2019, through the Swedish label Downfall Records reached more than 50,000 streams and was placed on more than 300 playlists on Spotify even though the prominent music platform is not officially available in their home country.

Calibre also received worldwide radio airplay, was featured in and were reviewed by various websites, magazines, blogs, and podcasts and have been supported by the likes of WACKEN Radio, Metal Temple, LEGACY Magazine, Twilight Magazine, Metal Kaoz, Metal Mayhem Radio, Black Roots Metallistic, etc. The band has even done an interview with KERRANG!.


Calibre · …From the Abyss