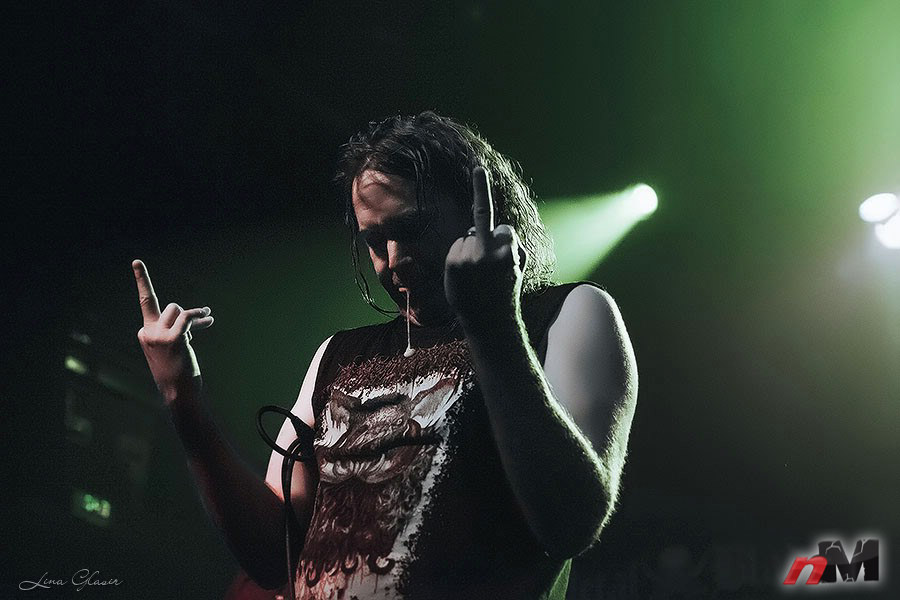 Vocalist Travis Ryan comments on the upcoming effort, “We’ve all heard the old saying about how the cockroach is so pervasive… so invasive… so insidious… that they could survive a nuclear war… Our previous album, Death Atlas, left the world blackened and lifeless.. or so we thought. It turns out that the carbon-encrusted bodies that adorned the album’s layout and music video (and that resemble the victims of Pompeii that were frozen in time by the Mt. Vesuvius disaster of 79 A.D.) were actually more of a cocoon stage for something much more vicious to come: Humanity 2.0.”

He adds, “On the cover we see the terrasite, aka ‘earth-eater,’ molting from its ootheca. Having lived the tortuous existence of being a human, they have now re-emerged into a new world… saddened… confused… PISSED; rebirthed as a new variant of human disease, now adapted to continue and finish the utter ravaging of its home planet, Earth.”

Check out the track listing and cover art below, and stay tuned for more news and tunes from the band.

‘Terrasite’:
1. Terrasitic Adaptation
2. We Eat Our Young
3. Scourge Of The Offspring
4. The Insignificants
5. The Storm Upstairs
6. …And The World Will Go On Without You
7. A Photic Doom
8. Dead End Residents
9. Solastalgia
10. Just Another Body 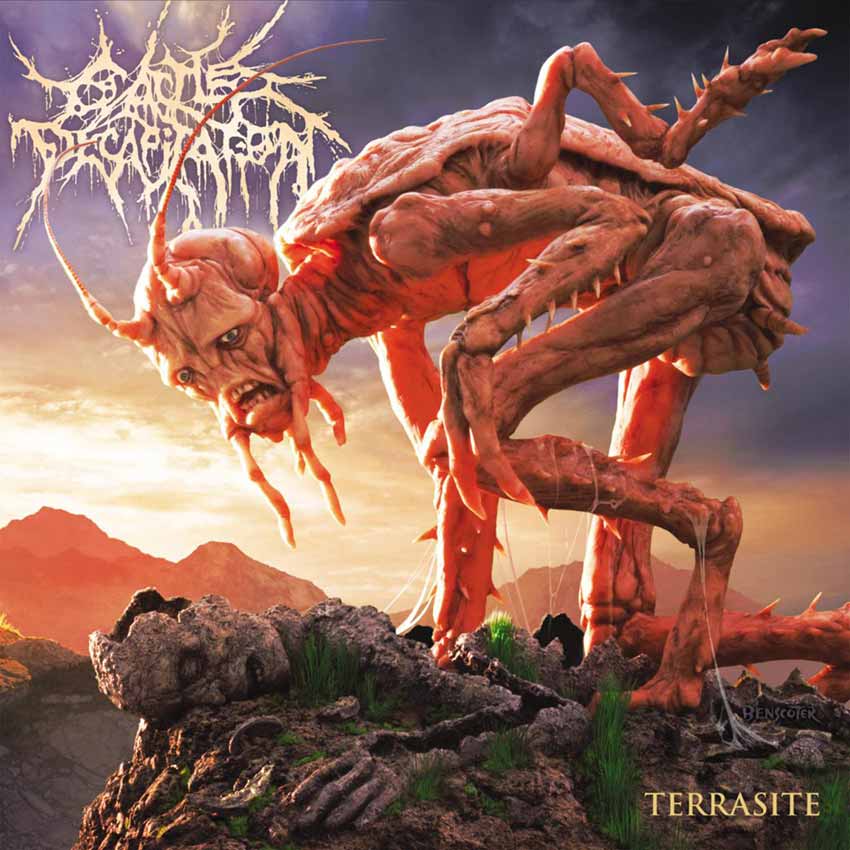