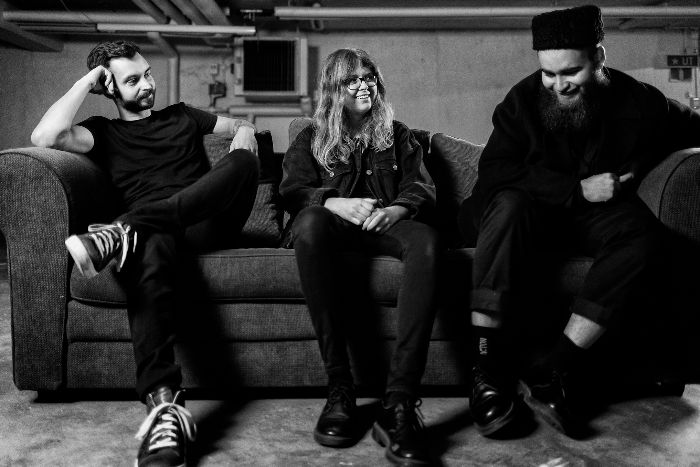 CB3 (Charlotta’s Burning Trio) have released their live video of their song “Sonic Blaze,” from their upcoming ‘Live Sessions’ which will be released on January 15th via The Sign records.

Stars above, evil below, and fire in between. A trinity in peace for aeons. CB3 (Charlotta’s Burning Trio) is here to bring you on a journey with their explosive rock jams and mind-bending cosmic soundscapes. CB3 brings the spirit of psychedelic music to the 21th century with a style that ranges from heavy psych rock jams like Jimi Hendrix to delicate atmospheric passages akin to Pink Floyd and progressive rhythms that hearken King Crimson and Mahavishnu Orchestra.

Since their formation in 2013, CB3 has shared stages with bands like Monolord, Kikagaku Moyo, Hällas, Firebreather, Kaleidobolt and Spaceslug. Their live shows and music have been critically acclaimed by press outlets worldwide. As HYMN Magazine put it, “These amazing musicians make the music sound more like it is performed by a symphony orchestra than a trio. The only thing I wish, after being completely mesmerized by the gig, is that it would have been longer.”