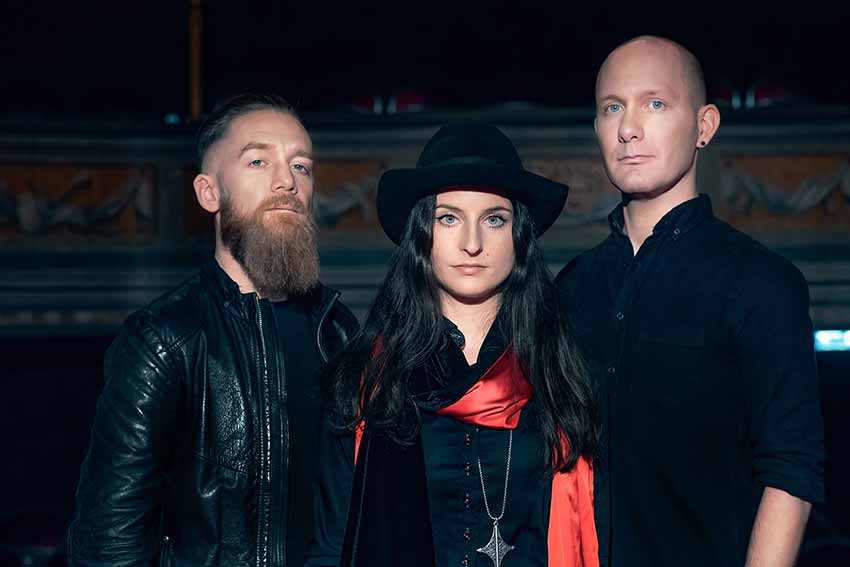 Swiss progressive/folk metal band Cellar Darling have premiered an official music video for their 2021 single titled “Dance” — check out the clip below.

Already a few weeks ago, CELLAR DARLING released their new piece “DANCE” about the mysterious dancing plague of 1518, an eleven-minute mammoth project that resembles a Celtic prog symphony more than a conventional rock song. Equally courageous and visionary, the trio of Anna Murphy, Merlin Sutter, and Ivo Henzi is now breaking new ground visually, as well: the corresponding video could not be further from a typical clip. Instead, CELLAR DARLING take us into a nightmarish forest scenery, somewhere between TOOL and Shakespeare, between dark fairy tale and contaminated apocalypse. But in this case, we ourselves are the virus.

A forest in the twilight, filled with shadows and chimeras. A crucified doll, billowing silhouettes, an abandoned birdcage. Then: three figures, rigid and silent, unable to avert their eyes. Three people trapped in themselves, while life rages around them, wounding, bleeding, dying. Enter three new figures. Veiled and masked, as if they were working as epidemiologists in a pandemic, three modern “Macbeth” witches, three Norns, who make short work of the silent figures. They blindfold them, gag them, in the end, they lie in body bags. All this can be interpreted endlessly. But it simply wants to show the eternal struggle within us, life, death, and rebirth, the aberrations of the psyche, the creeping death of our planet, and our mute ignorance in the face of the lambent flames.

My wish was for the audience to feel unwell while watching it. Equally important was that it wouldn’t just be senseless brutality. The prevention of dance is at the heart of the video. In the song, we pick up on the dancing plague of 1518, when people mysteriously danced themselves to death. That, mixed with thoughts about our modern world and how we treat ourselves and our environment.