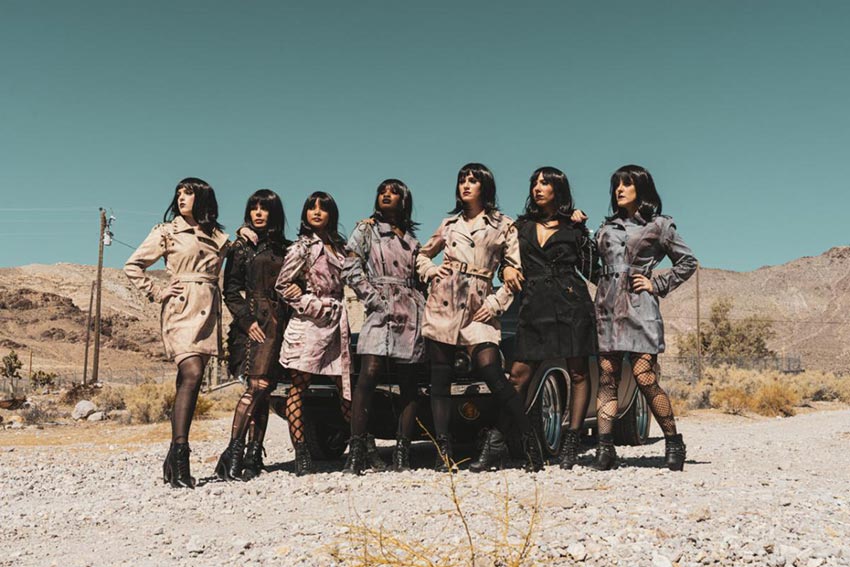 In addition, the announcement states: “Macabarét follows the story of a man tangled in a delicious web of torment and retribution. When he finds himself stranded in the middle of the desert, he makes his way to an unassuming saloon, hoping for help, but what he finds is a taste of his own medicine. Visually stunning and sonically intense, Macabarét is the next step in the evolution of the CHERRY BOMBS’ already high-octane show, combining dance, fire and aerial skill sets within a storyline about what happens to someone who runs out of luck… at the White Dog Saloon.”

Cherry Bombs’ founder, creative lead and artistic director Alicia Taylor, comments: “Macabarét is the next step in the evolution of CHERRY BOMBS. Traditionally, we presented our shows in variety-style, but this time, I wanted to do something completely different. I spent months writing a fun and entertaining storyline for this new production, loosely based on folklore surrounding the goddess Pele and what happens to those who cross her, something I learned while living in Hawaii. CHERRY BOMBS will bring all the familiar daredevil elements that our fans expect and love, along with a few new surprises. There is intention behind every detail: every movement, piece of wardrobe, music choice, and character. Having to cancel our tour due to COVID seemingly ruined our chances of debuting this show to our fans. However, a light in this storm has emerged as an opportunity to bring this show globally, and in a distinctive and artistic cinematic style. If you’re a fan of rock and metal music, you will enjoy experiencing some of your favorite songs in an entirely new way.”

Tickets are available now for purchase here. Check out a trailer video below. 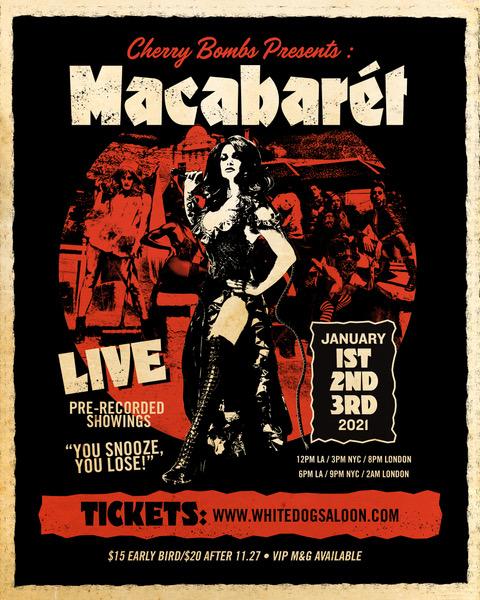