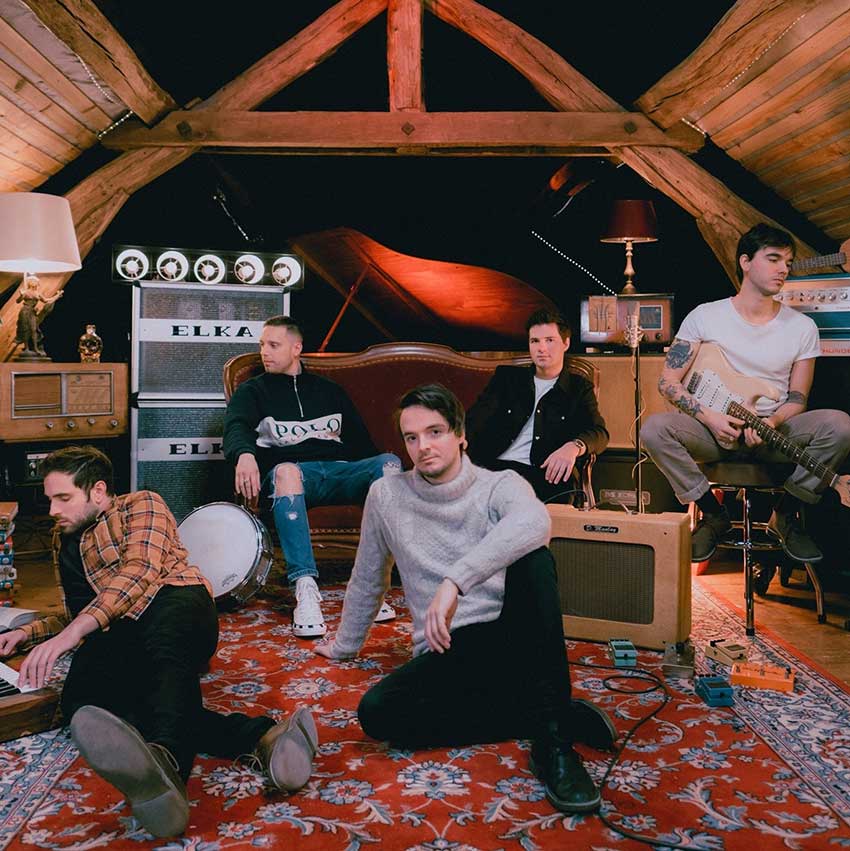 French post-hardcore band Chunk! No, Captain Chunk! have premiered their new song “Complete You,” which features AJ Perdomo of The Dangerous Summer. The track appears on the band’s new album ‘Gone Are The Good Days,’ which arrives on July 30th through Fearless Records (pre-order).

A presser states, ““Complete You” has a slightly retro vibe. It mixes shimmering melodies with gnarly breakdowns. It also includes… a sax solo. Yes, really! It also ends with an extended fadeout. It’s a perfectly executed mix of heavy and heartfelt — with a decidedly ’80s pulse.”

Regarding the upcoming full-length, they add, “Gone Are the Good Days perfects the Paris-based band’s DNA-distinct blend of “easycore.” It’s teeming with incredibly catchy jams that invite you to pump your fist in the air, sing along, and to dance like no one is watching! It will serve as the soundtrack to your next party. Gone Are The Good Days follows Get Lost, Find Yourself (2015), Pardon My French (2013), and Something For Nothing (2010).”

Also Check Out: We Came As Romans premiere “Darkbloom” video