The ‘Cold Waves’ industrial music virtual festival: ‘The Lost Weekend’ has been fully revealed. The FREE event will be streamed from September 18-20, 2020 in Chicago via Twitch HERE. Programming starts at 7PM CT nightly.

Get more info via coldwaves.net where they plan to post a full hour-by-hour schedule beginning September 17. 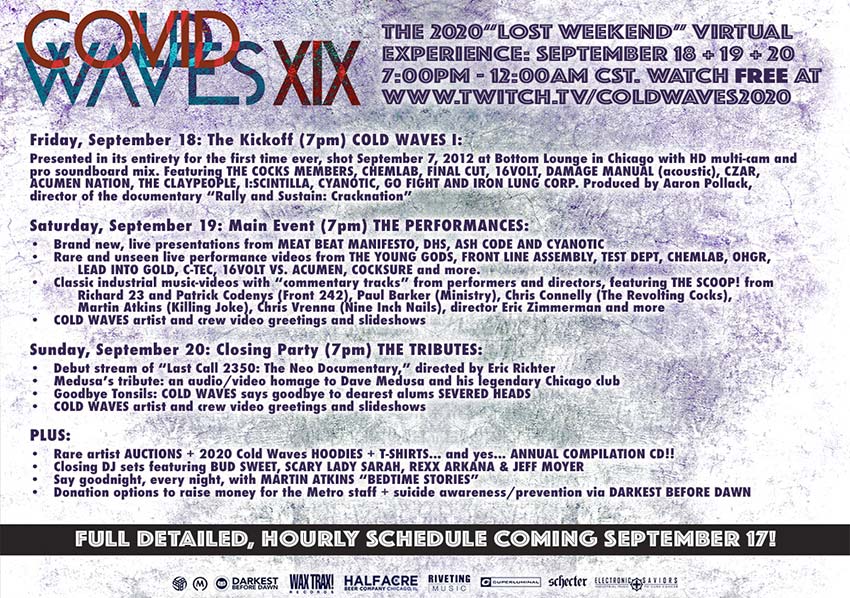