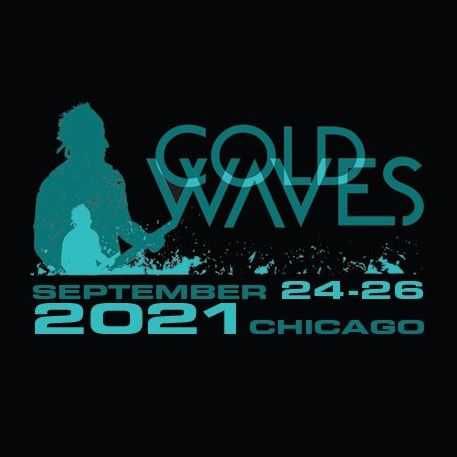 The ‘Cold Waves’ fest has announced its return this fall for an in-person gathering at Chicago’s Clark Street compound (the housing adjoining venues Metro, Smart Bar and G-Man Tavern) from September 24th through the 26th.

A small number of discounted “all event” weekend passes are on sale now at MetroChicago.com. Fans are encouraged to buy early as COLD WAVES weekend passes traditionally sell out. Single day GA tickets will go on sale Monday, May 24 at 10 am CT also at MetroChicago.com. As well, festival producers will announce all individual events on Friday, May 21 at 10 am CT at ColdWaves.net as well as official social media pages.

‘Cold Waves’ founder (and member of Acucrack) Jason Novak comments, “After almost 10 years since Jamie’s passing, it’s amazing to me to see how much this event helps carry people, helps support and enrich them… something he was known for doing himself. Not just the charitable aspects, but the event being such a source of positivity for so many, it’s pretty great. We can’t wait to bring this year’s amazing lineup together and levitate the audience after such a dark year.”

Paul Barker (Barker+Connelly, Ministry, Revolting Cocks, Lead Into Gold) states, “Too many people I know have needed the kind of health services that COLD WAVES fundraises for. I feel fortunate to be involved as a performer, ambassador and friend, and look forward to every year’s festival.”

Chris Connelly (Barker+Connelly, Revolting Cocks, Sons of the Silent Age) adds, “COLD WAVES has become part of my musical DNA, the friendships, collaboration and the incredible sensory overload makes me always look to the future with the joy of a journey undertaken with likeminded souls. So proud to be a part of it each year.”

COLD WAVES will adhere to all state and city-wide regulations to allow a fully compliant event for attendees, and organizers will purposely limit the capacity of all venues for the duration of the weekend. As well, fully open doors, an outdoor sidelot with food trucks and seating space, plus access to the all-night Smart Bar “COLD WAVES Lounge” aims to provide patrons a safe, exciting and respectful event.