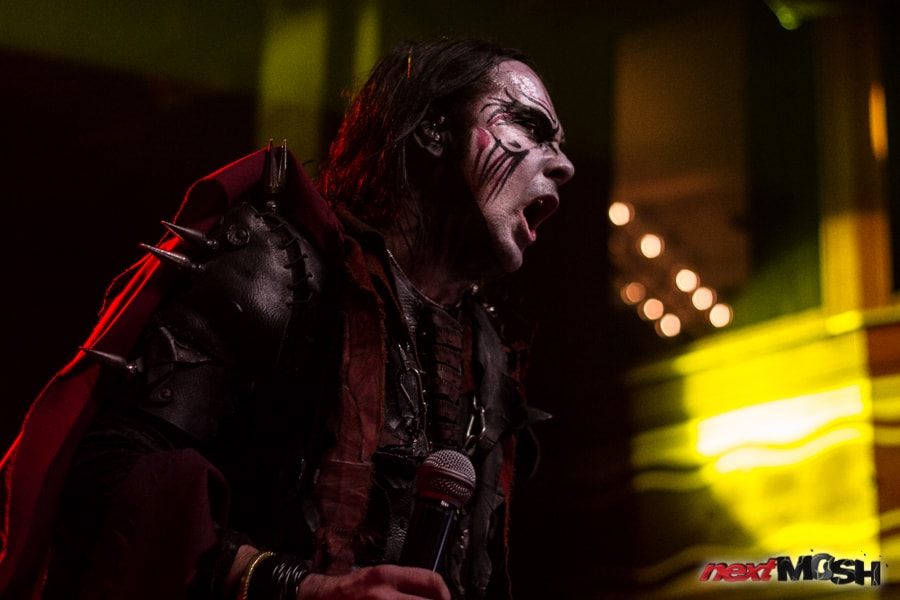 As a band, CRADLE OF FILTH are over-the-moon to be performing again and in such an iconic location close to Dani’s home county of Suffolk here in England.

It will be a celebration of not only Halloween and all its ghoulish accouterments, but also of the new CRADLE album being completed, a process that helped neutralize the banality of the lockdown, gifting the band with a deadline-free (and thus stress-free) studio session.

And thus helping make the new album the best the band has written, period.

And now, almost a year on from the infamous London Palladium show, CRADLE OF FILTH are back in (horror) business and planning to raise the roof and rafters of St Mary’s Church with a set so undeniably wicked, that the dead in the nearby cemetery may well join the band onstage for a song or two!

So, grab your tickets online now; this is going to be a vicious, delicious, certainly mal-nutritious performance showcasing the band’s new keyboardist and backing singer, as well as a slew of graveyard hits both past, present and possibly future.

In short, October 30t, 2020 with CRADLE OF FILTH is going to be the ultimate Nightmare before Halloween!

You have been warned!

Get tickets to the stream right HERE.

In addition, the official announcement states:

Not only can you buy a ticket for the live stream but fans will also be able to buy not one but two different exclusive t-shirt bundles as well as an exclusive limited to 100 people VIP experience graveyard meet & greet with the whole band from rehearsal on October 24th – so order quickly as this will sell out right away.

If you cannot watch the show live, tickets will be available to watch or re-watch on the site until November, 12th.

With this atmospheric online extravaganza, the band promises to deliver a show of malefic proportions just in time for this year’s Halloween.

Get more info via the band’s official site. 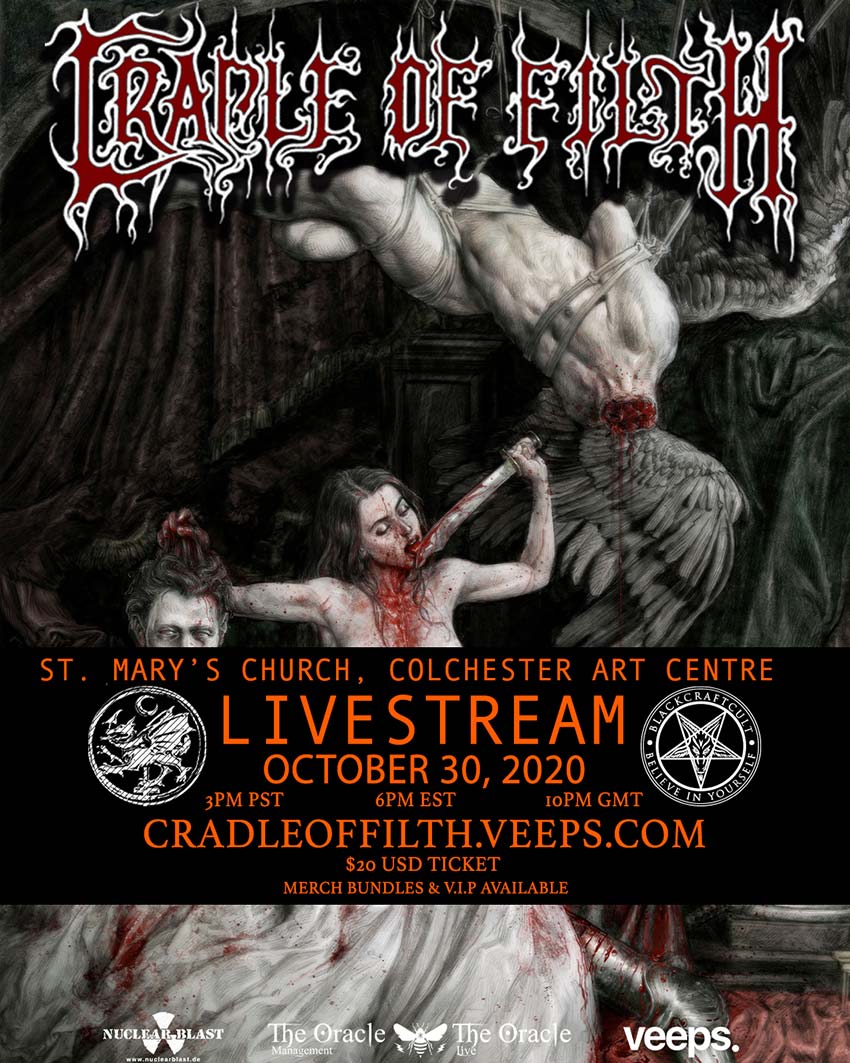