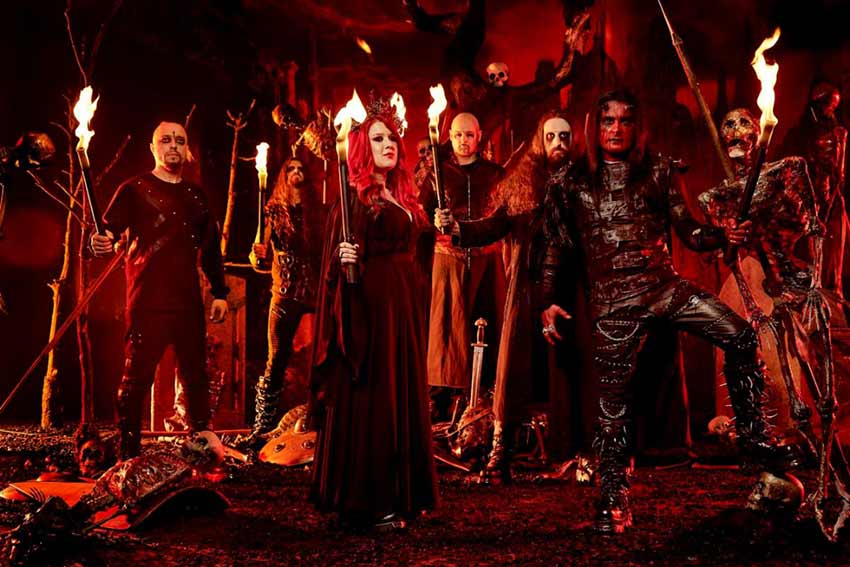 UK-based extreme metal greats Cradle of Filth have unleashed their new video single by the name of “Necromantic Fantasies,” which you can check out below. The track hails from the band’s recently announced impending full-length opus titled ‘Existence Is Futile’ (out October 22nd via Nuclear Blast Records – pre-order).

Regarding the clip, a presser states, “Directed by Vicente Cordero, this video was shot back-to-back with his previous work for the band, the horribly apocalyptic “Crawling King Chaos,” though both are remarkably contrasting.”

Band frontman Dani Filth comments, “This is a very different video from its predecessor, sporting more of a narrative amid leaning back toward a dark Victorian gothic vibe, showcasing the second of many unique tracks on this, our 13th album.”

He adds, “It’s very cinematic, much like ‘Crawling King Chaos,’ but walking a much more ‘dark faerytale’ path. The director Vicente has done such an amazing job bringing the storyline together with the band and the incredible sets. It looks gorgeous. And the song is pretty good too!”


Here’s more info on the new record from the press release, “Pieced together in isolation, at Grindstone Studios in Suffolk with studio guru Scott Atkins (Devilment/Benediction/Vader), the band’s latest chef-d’oeuvre is a pitch-black, perverse and at times absurdly brutal and extreme masterpiece following a truly nihilistic concept.”

“The album is about existentialism, existential dread and fear of the unknown,” Filth explains. “The concept wasn’t created by the pandemic. We’d written it long before that began and it is really but the tip of the mountain as far as the way the world is headed, you know? I guess the title, ‘Existence Is Futile,’ does sound a little morbid. But again, it’s more about recognising that truth and saying that everything is permitted because nothing really matters, which mimics the occultist Aleister Crowley’s maxim. We all know we’re going to die, so we might as well indulge life while we possess it. The final track on the album – ‘Us, Dark, Invincible’ – really drives that point home. Also, the artwork for this record was created by the Latvian visionary Arthur Berzinsh, who also dressed the last two albums, and that reeks of the exceedingly beautiful yet apocalyptic too.”

‘Existence Is Futile’ track-list:
01. The Fate Of The World On Our Shoulders
02. Existential Terror
03. Necromantic Fantasies
04. Crawling King Chaos
05. Here Comes A Candle… (Infernal Lullaby)
06. Black Smoke Curling From The Lips Of War
07. Discourse Between A Man And His Soul
08. The Dying Of The Embers
09. Ashen Mortality
10. How Many Tears To Nurture A Rose?
11. Suffer Our Dominion
12. Us, Dark, Invincible
13. Sisters Of The Mist (Bonus track)
14. Unleash The Hellion (Bonus track)

ICYMI, Cradle of Filth recently announced their ‘Lustmord and Tourgasm’ U.S. tour for October — check out all scheduled dates below. 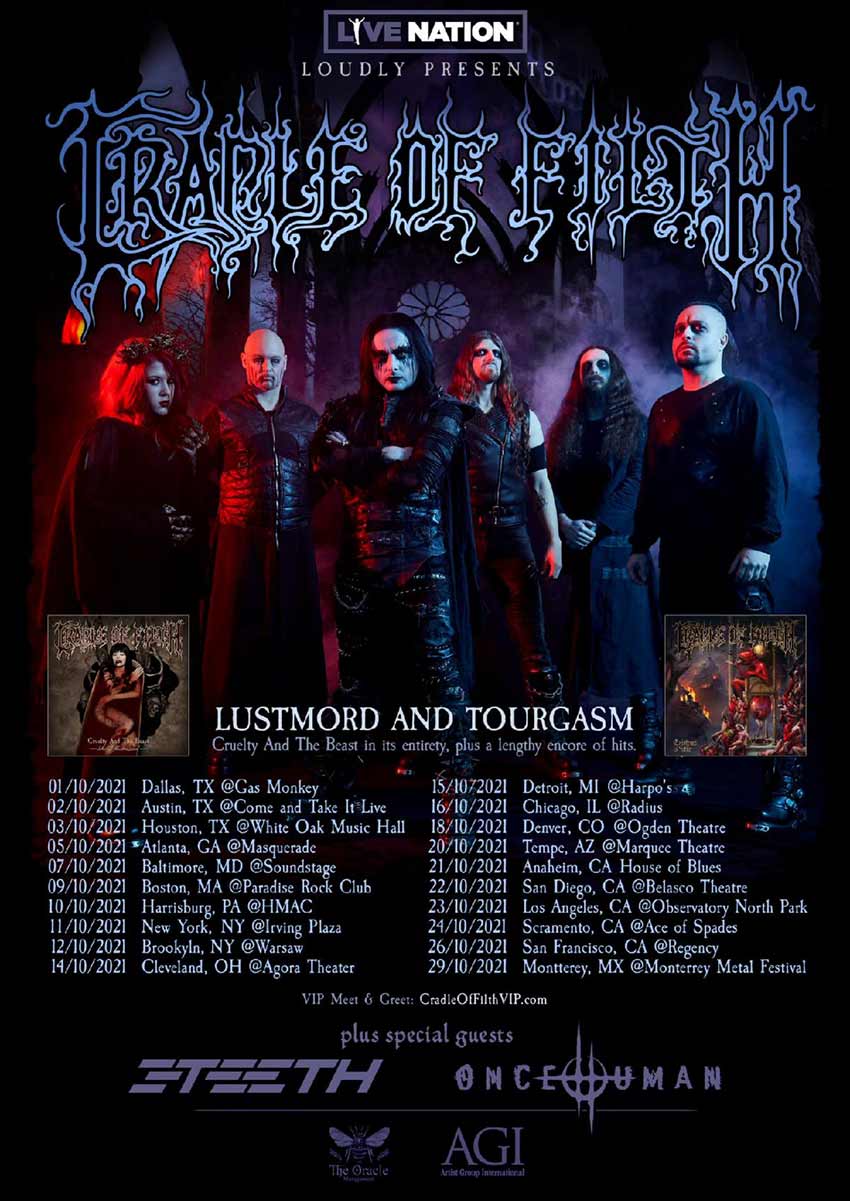