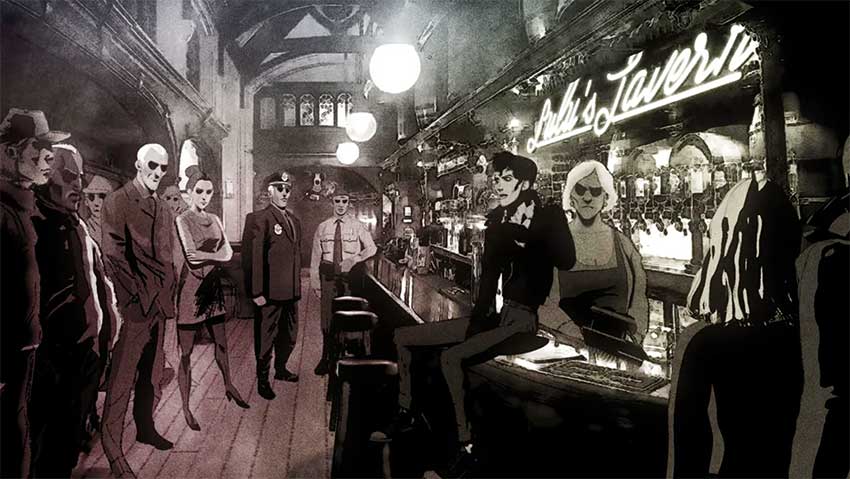 Creeper have posted a brand new song titled “Be My End” in animated music video form, check it out below. The single appears on the band’s forthcoming second album ‘Sex, Death & The Infinite Void.’

Opening with cinematic piano, ‘Be My End’ races out of the gates with swooning vocal harmonies and an explosive glam-goth hook flavored by widescreen Americana. Frontman Will Gould’s lyrics poetically paint a picture of two lovers finding purpose within each other as the world crumbles around them. The stage is set by the very first line: “Would you be my Armageddon as we fall out of heaven?”

‘Be My End’ is released alongside an official video which was directed by Marco Pavone, whose credits include Dua Lipa. His crime noir-style animation brings CREEPER’s story to life as it depicts the tale’s star-crossed couple alongside the sinful townspeople who populate the fictional town of Calvary Falls.

‘Be My End’ is the opening song on our new album ‘Sex, Death & The Infinite Void’. Thematically it introduces the ‘apocalyptic romance’ that the album deals in. The music video marks the first time the band have used animation to tell its story. Calvary Falls is realised in its full glory as our narrative hurtles towards its conclusion. This is the band in a way you’ve never seen it before.

Stream “Be My End”