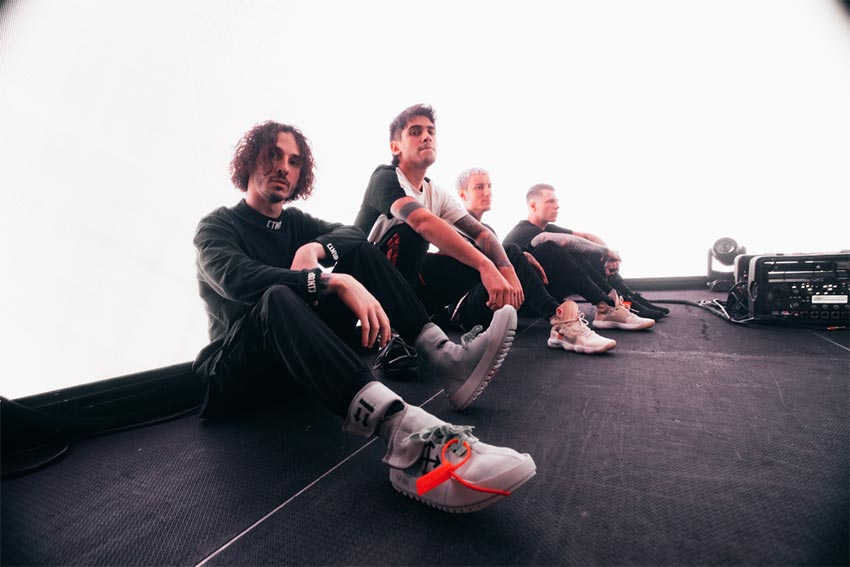 “The Matrix-inspired, visually frenetic video comes equipped with two (!!!) endings,” notes the clip announcement. “At the 2:10 mark, viewers can choose between the alternate endings — either the “Red Pill” or the “Blue Pill” — just like Neo had to in The Matrix.”

“We created an interactive experience where you, the viewer, will be taken down a wormhole to decide your own ending,” the band states. “Choose your destiny wisely…”