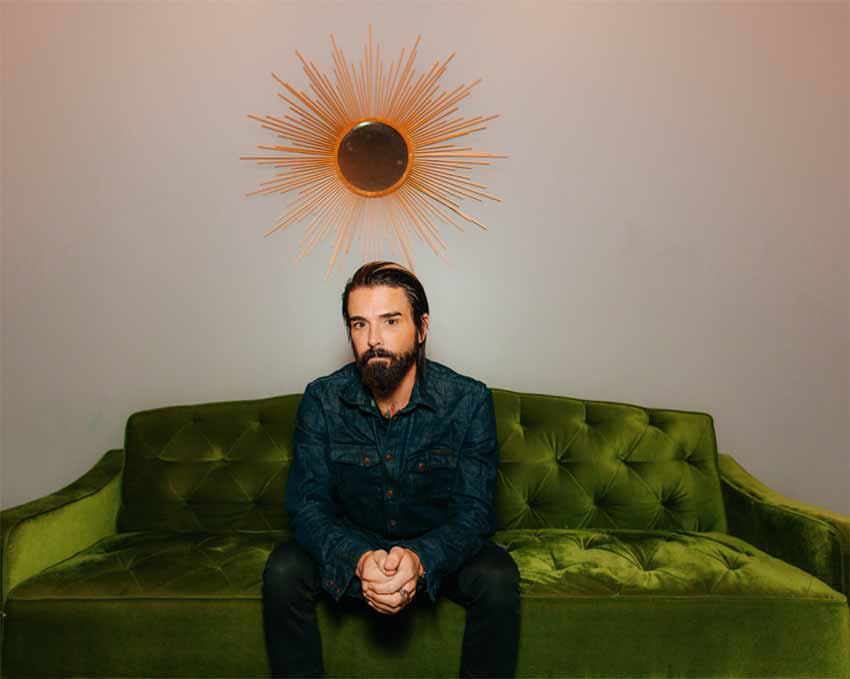 Dashboard Confessional is setting out towards a brighter tomorrow with today’s premiere of an inspiring new single. “Here’s To Moving On” is available now at all DSPs and streaming services [track embedded below]. “Here’s To Moving On” heralds the eagerly awaited arrival of the first all-new Dashboard Confessional LP in four years, ‘All The Truth That I Can Tell,’ due via Hidden Note Records/AWAL on February 25. The album is available to pre-save and pre-order now [here]. An album trailer premieres today via YouTube [also embedded below].

“I think in this song I find myself understanding what brought me to the mat and what it takes to get up off the mat,” says DC founder, frontman, and songwriter Chris Carrabba. “Sometimes what brought you to the mat are outside forces and sometimes it’s you, yourself. Or it can be all those things. But it does seem the only thing that gets you up off the mat isn’t outside forces – it’s always you.”

‘All The Truth That I Can Tell’ will be available in a variety of formats including digital, CD, cassette, standard black vinyl, an exclusive limited edition “Burning Heart” transparent red and black vinyl at the DC official store, a “Cold Night” transparent blue/green vinyl exclusively at participating indie retail, a baby pink vinyl with limited edition “Burning Heart” Flexi disc exclusively at Walmart, a limited edition “Sunshine State” opaque gold nugget vinyl exclusively at Urban Outfitters, and Bandbox will be releasing an exclusive variant of ‘All The Truth That I Can Tell’ on “Starting to Storm” cloudy dark green vinyl, which is accompanied by the record club’s signature artist fanzine, featuring an interview with Chris Carrabba, his track-by-track guide to the new album, rare photos and much more.

Written and recorded pre-Covid, Dashboard Confessional’s ninth studio album, ‘All The Truth That I Can Tell’ is both a remarkable renewal and fortunate step forward for Chris Carrabba. Having ascended great heights over the past 20 years, Carrabba found himself at a distinct crossroads as the last decade came to an end. Running on fumes, unsure if he’d ever release another album, he waited. The songs eventually came, and though the project might’ve easily come to a screeching halt following a near-fatal motorcycle accident in June of 2020, ‘All The Truth That I Can Tell’ stands among Carrabba’s finest – both an achievement of vision and a vital burst of artistic clarity, a strikingly potent musical look at Dashboard Confessional through a rediscovered keyhole. For the album’s production, Carrabba tapped James Paul Wisner who produced the band’s first two studio albums, The Swiss Army Romance and The Places You Have Come to Fear the Most.