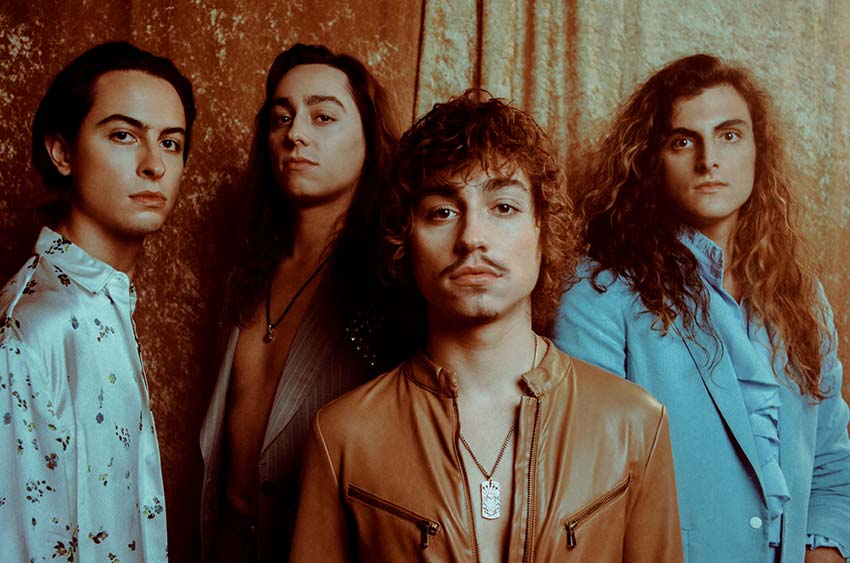 Michigan rockers Greta Van Fleet – consisting of three brothers: vocalist Josh Kiszka, guitarist Jake Kiszka, bassist/keyboardist Sam Kiszka, as well as drummer Danny Wagner – have confirmed their upcoming ‘Dreams in Gold’ tour for March through June 2022, with stops in the U.S., Brazil, Mexico, Europe and the UK — all dates are listed below.

Regarding the run, a presser states, “Grammy-nominated group Rival Sons and critically acclaimed rising artist The Velveteers will support the North American shows. Tickets are on sale this Friday, November 12 at 10am local time at LiveNation.com. There will be a Fan Presale on November 10, and a Local Venue Presale on November 11.” 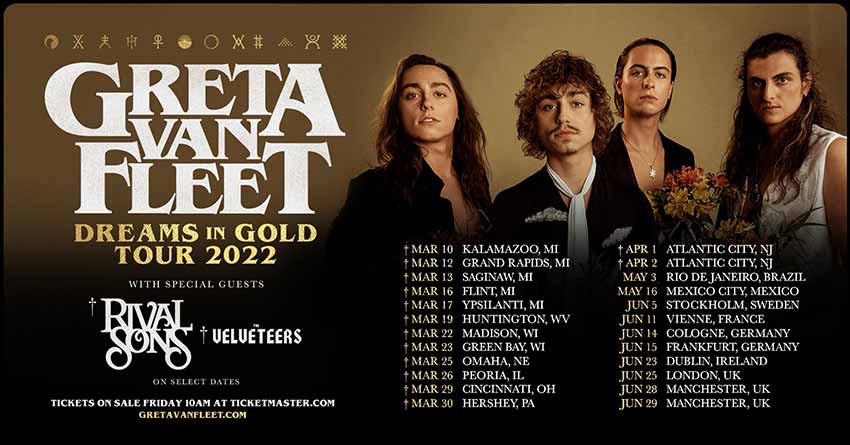