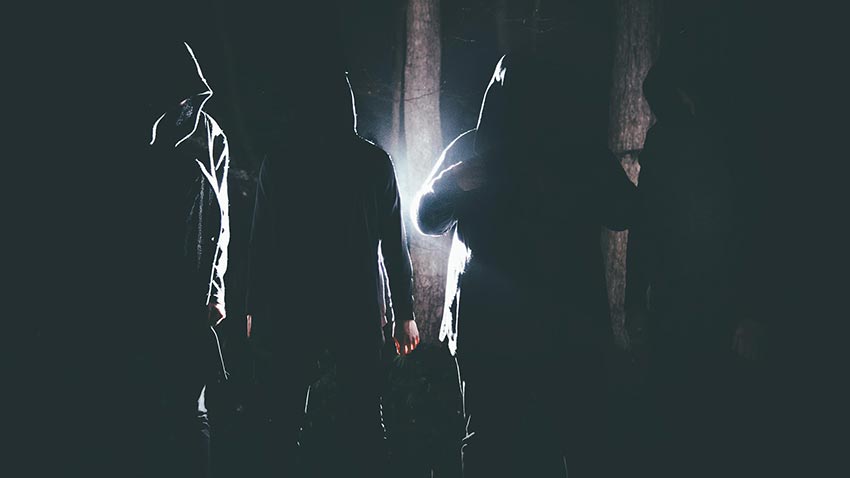 Hailing from PA, mysterious melodic doom / gothic metal act Deathwhite have shared a brand new video for their song “Among Us.” The video, which was made by Guilherme Henriques, is available for streaming below.

“As we are often wont to do, many of the songs on ‘Grave Image’ were revised and tinkered with until we were satisfied, but no song received a bigger overhaul than ‘Among Us.’ The song’s original tempo was half of its current state; it was doomy, perhaps excessively so. Common sense ultimately prevailed and we were able to not only speed the song up (a term we should use loosely in this context) but also work in a somewhat basic chorus by our standards. The song itself has a fairly simple message: Ignorance, falsehoods and gaslighting are not to be tolerated. Unfortunately, these people are still ‘among us,’ spreading their untruths and grievances in very public and far-reaching forums. May it all fall on deaf ears.”

“Among Us” comes from the band’s latest album, ‘Grave Image,’ which was released earlier this year via Season of Mist (get it).