Finnish tech-death metal masters Demilich have announced a string of U.S. dates for this spring, which follow their scheduled Maryland Deathfest 2022 appearance on May 29th.

A statement from the band reads:

It’s Nomat Ibant from Demilich International Fashion Items Ltd speaking in your head. Nice to be the external voice that mostly makes you murder people around you!

Demilich will return to tour the USA this May already! So great! Especially to me, as I get some time off of the shed they usually lock me in.

The tour, organized by Perdition Booking, is short again due to families, jobs and other weird things people keep around them. So, no Colorado, no Florida, no Texas, not even your biggest and coldest state, Canada. We will try to handle those later, on an exclusive tour that will definitely pass NYC and LA. No promises here, though. As usual.

Oh, and remember that the whole thing will start from Maryland Deathfest XVIII on 5/29! It’s not included in the poster for clear reasons that we have no idea about.

Now, kill that person there. Yes, that one. No, definitely not as innocent as you would think.

Yours,
Nomat Ibant, the occasionally sweet voice that makes you hug random people and get kicked in the crotch thanks to it.” 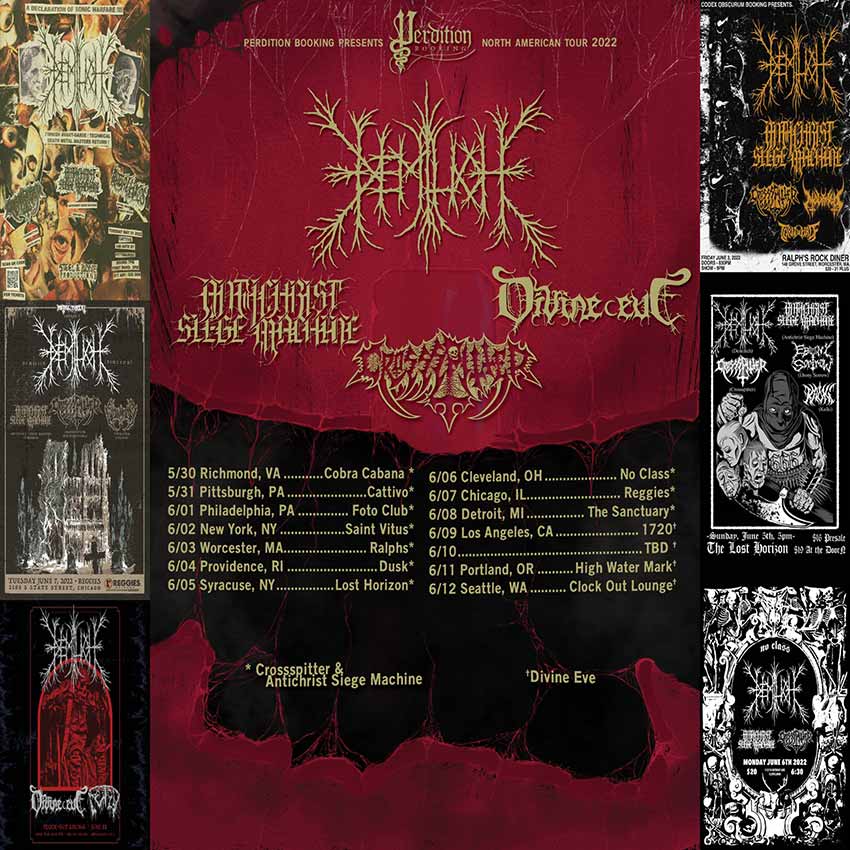