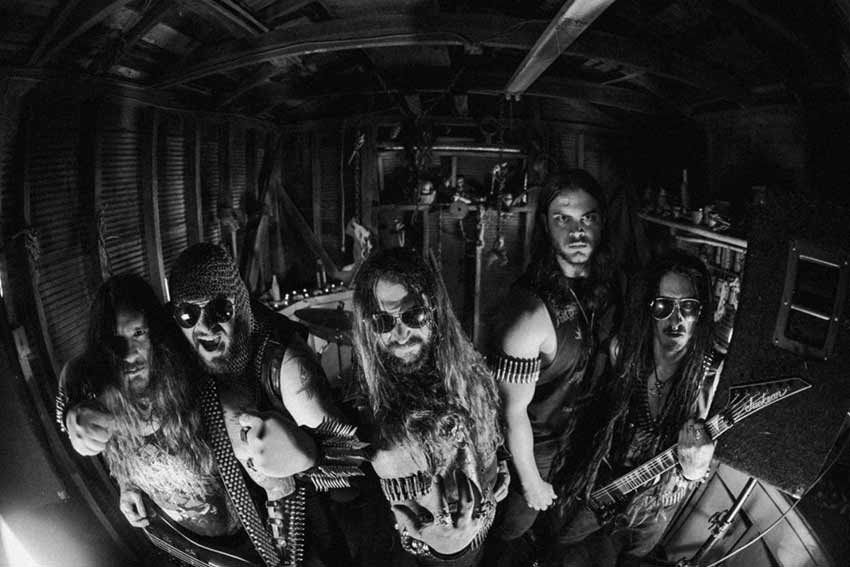 Formed in 2018 out of the primordial ooze of the South Carolina metal scene, Demiser are veritable heavy metal heroes. With influences drawing from first wave black metal and 80s thrash alongside a healthy dose of NWOBHM, Demiser have quickly established a sound that is wholly their own. It’s gun-toting, throat-cutting blackened thrash metal to storm the gates of heaven…and it’s about to get bigger than ever.

The band comments: “Demiser cannot wait to vomit untold blasphemies unto the world with two of metal’s best in Blacklight Media and Metal Blade Records! With their support, all will soon surrender to sin…”

Since their humble beginnings, Demiser have been hard at work building up their name in the scene since their touring debut across the east coast and midwest in 2019. The release of their internationally lauded debut, Through The Gate Eternal, on Boris Records in 2021 was just another step in building a devout fanbase. The band has built up a reputation for larger than life, over the top live shows that leave frenzied fans begging for more. Slowly seeds are being sown – the next great heavy metal band is bubbling up out of the twisted South Carolina backwoods!

Now, having teamed up with Blacklight Media / Metal Blade, Demiser plan to continue writing and releasing aural hellfire, crafted specifically to pour whiskey in your ear and malice in your heart. These rip-roaring blood guzzlers intend to carry forth the torch lit from the triumph of Through the Gate Eternal and continue their blackened deathstrike on the world with the backing of two metal powerhouses! Fans can expect their Blacklight Media / Metal Blade debut in 2022 – stay tuned!