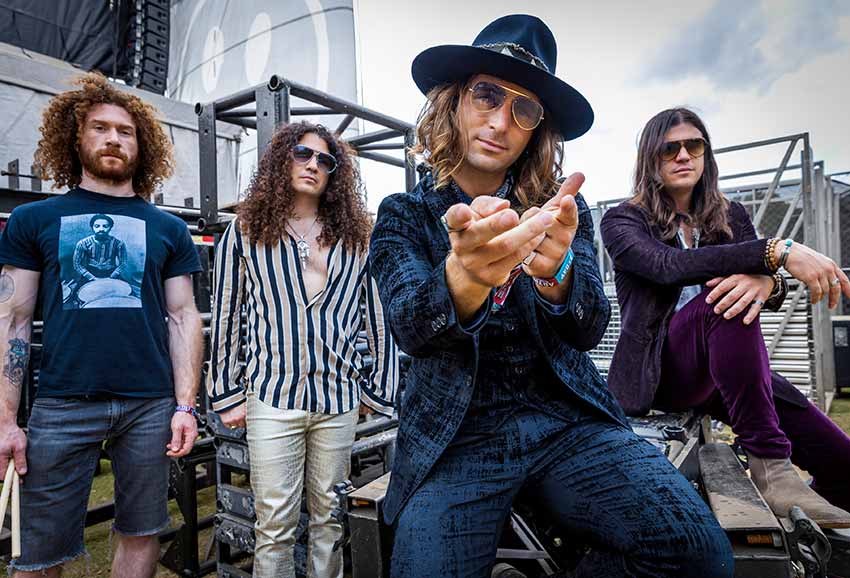 Today’s trek reveal states, “The 28-date, North American headline trek will also see the band play a handful of major festivals and radio shows and include their first tour of Canada. “The California Dreamin’ Tour” will launch on Thursday, August 25, at Waterfest in Oshkosh, WI, and wrap at the Aftershock Festival in Sacramento, CA, on October 9. Fellow Los Angeles rock band Dorothy will join the tour in Portland, OR on September 7 as direct support, and Detroit rockers Mac Saturn will open the shows on all dates.”

“This tour is a statement tour, and the statement is that ‘Rock is alive and well,’ and three bands are heading out to prove that – Dirty Honey, Dorothy, and newcomers Mac Saturn,” comments Dirty Honey guitarist John Notto. “Get your ticket and get your ass out here.”

“While this will be our first tour of Canada,” adds Dirty Honey vocalist Marc LaBelle, “we’ve played a handful of shows there and were floored by the reception. Canada definitely has a very strong appetite for rock’n’roll, and we’re coming to feed the fire.”