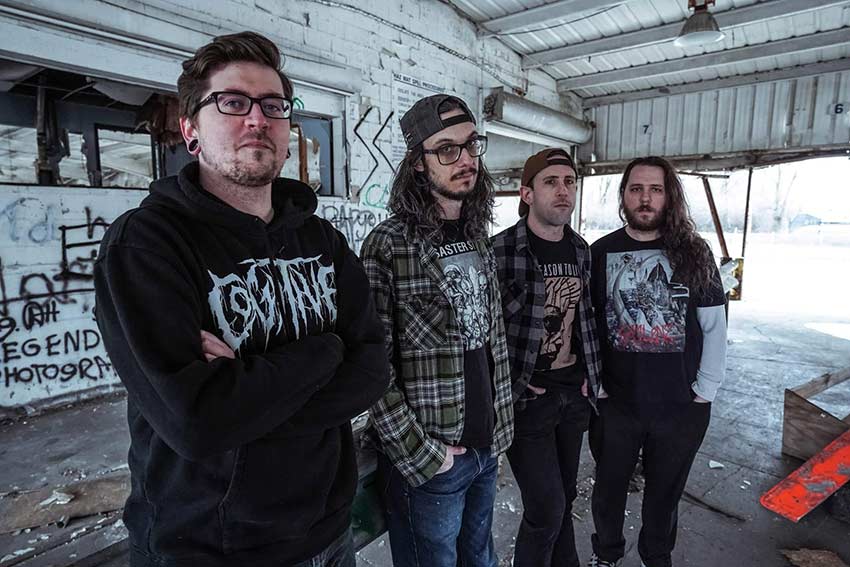 Ohio grindcore band Domestic Terror have premiered (via LambGoat) a new music video for their track dubbed “In Favor of Public Execution” — stream the clip below.

A press release states, “Formed over a decade ago as a 3 piece improve-grindcore project, Domestic Terror has evolved to become one of Ohio’s most punishing underground, brutal death metal bands. Blurring the lines between slamming death metal, grind and beatdown. It has been 5 years since the bands last release, the “High on Violence” EP which was released via Sevared Records and 6 years since the release of their most popular album, “The Holy Landfill” split with Putrified J on Rising Nemesis Records.”

The presser adds, “And now, finally after a lengthy writing process, the time has come to drop the hammer on the midwest death scene yet again with the self-titled Domestic Terror full length. The album was released via Barbaric Brutality Records in multiple formats including vinyl, cassette, CD and of course digital.”

Regarding the fresh video, the band comment, “This is our first video we have done with a storyline and we wanted it to be one with impact. The lyrical content and subject matter of the song is not something to be taken lightly. In a genre littered with images and content of women being brutalized and victimized, we wanted to put forward a video that helps to change that dialogue. This is a rape revenge story that portrays a woman taking back her life and dignity by force. Zero tolerance for rapists and sexual predators. Listen to and believe survivors.”