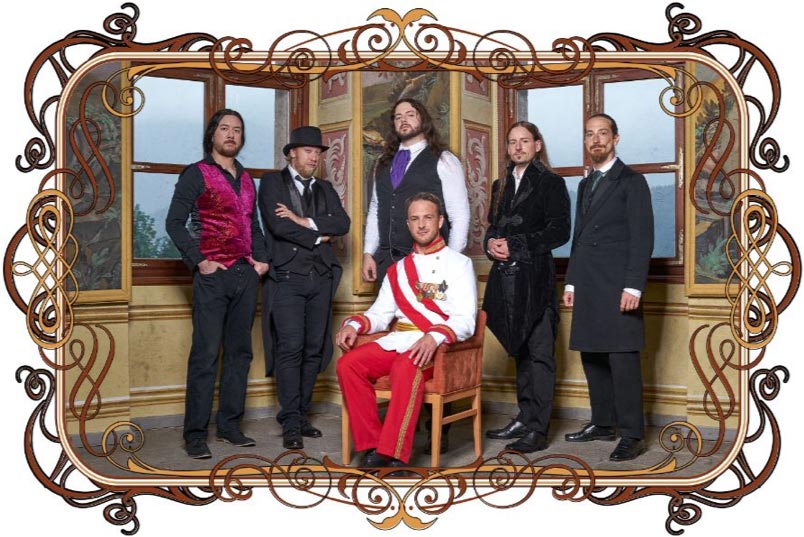 Austrian symphonic power metal heroes Dragony are about to release their epic new full-length, Viribus Unitis, this Friday, January 15 via Napalm Records, and today, unveil their third single, “Legends Never Die”. Prepare for “the most Austrian metal album of all time”(Stormbringer.at), as we return to the days when the country was ruled by emperor Franz Joseph and his wife, empress Sisi. But forget everything you’ve heard and read so far! According to Dragony and their upcoming opus Viribus Unitis, history took a completely different turn.

After setting the stage with their first offering, “Gods Of War”, featuring special guest songwriter Tommy Johansson (SABATON) and Tomas Svedin (SYMPHONY OF TRAGEDY), followed by glory metal hymn “Golden Dawn”, Dragony now unveil their third single, “Legends Never Die”: History is (re-)written in this contemporary-sounding closer! With its catchy chorus, everything is set for the grand finale. Along with rapid riffing and keys on point, the song serves as an epilogue to the story of Viribus Unitis, looking at the way the legends of the Habsburg rulers were created and have been adapted and re-told throughout the years.

In “Legends Never Die”, we take a step back to look at the story we just told from an outside perspective, and remind ourselves and the listener that eventually, most history can be turned into “just a story”, and that even though all empires fall one day, all men must die, and all times – good and bad – must pass, at the end of the day, the memories of those persons and events that influenced us, regardless of whether it was through politics, through philosophy, through music, literature or through other forms of art, will always stay with us and are thus immortalized; and that the stories that may be told about these legendary persons and events, just like these “legends” themselves, never truly die.“”