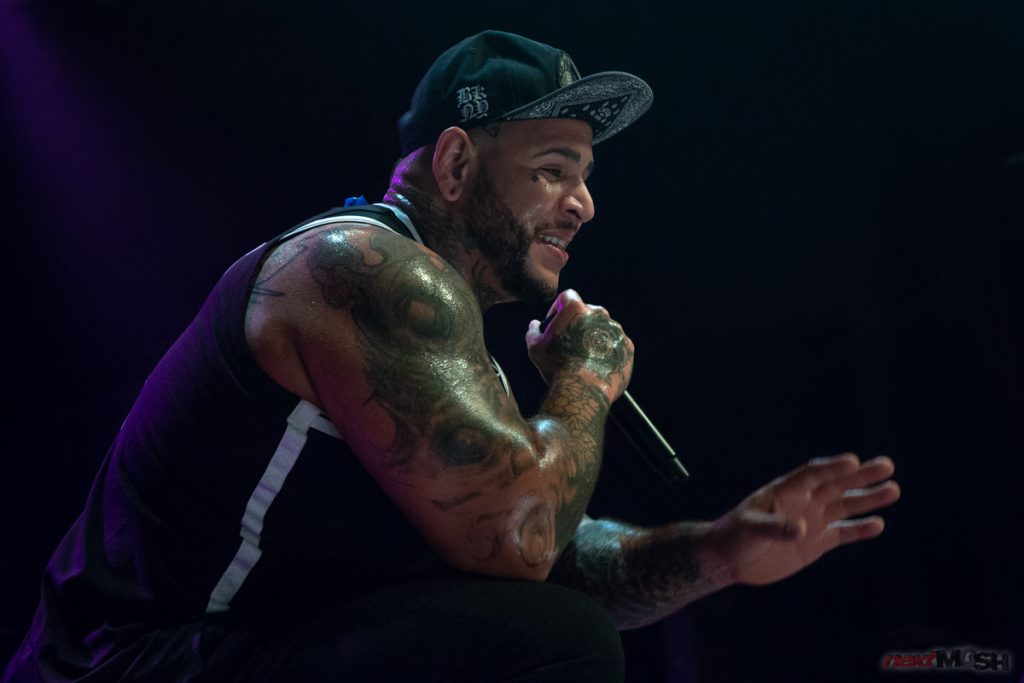 This past weekend, LA metal act Bad Wolves and their vocalist Tommy Vext went their separate ways. Vext noted that he would make an official statement “when legal documents are finalized.”

Just last night, Coyle and Boecklin took to Facebook live to elaborate further on the issue and their plans moving forward as a band. Boecklin noted that the split with Vext was “not about cancel culture” and that “Tommy definitely became much, much, much more of a political person in the light of COVID.” Boecklin added, “However, they were still managing since the band began, if he had these ways or whatever. So it’s not all about canceling someone over some bullshit.”

In that same streaming video, Coyle added, “It’s not an easy thing to lose someone who was that talented, so much at the forefront of what we’re doing. So I totally get it if people are upset. And hopefully we can do the work, as a band, to hopefully win you back.”

In an Instagram video post (embedded below) released earlier today, Vext issued an official statement to his fans. The message reads as follows:

Let me start by expressing a huge debt of gratitude to all the fans, all the people at the label, the management, and everyone who helped in establishing my band Bad Wolves’ career.

I take great pride and sincerity in what we have accomplished together. Bad Wolves became the fastest rising rock band of the last decade with 5 number one consecutive hit singles. Thanks to the massive support from our fans we exploded into mainstream rock consciousness and (no small feat for a metal band) we even held the #1 spot across the entire Apple Music Platform on all continents. We accumulated hundreds of millions of streams, and as a result YOU helped us we giving back hundreds of thousands of dollars to various charities.

Our future was bright, and our trajectory was undeniable, until Covid struck and changed all our lives. I saw things happening that I didn’t understand. During the first quarantine I publicly voiced my concerns about where we are going as a nation and what is happening to America, the country I love.

I voiced my disappointment of BLM protests turning into violent riots. Cities, businesses, lives destroyed “mostly peacefully”. I criticized the media standing idle and even condoning that behavior. I pointed out that Good causes were infiltrated by bad actors, hijacked and delegitimized a good movement. I dared to question who financially benefits from this and who was funding these events. I questioned the lockdowns as small businesses were driven into bankruptcy yet big chains were allowed to operate. I questioned the imposed social distancing and why rioting and looting are exempt, or why you can’t have family gatherings or eat at restaurants unless you are a politician. A repeated hypocrisy we saw time and again.

And for this they came after me.

Me, an African American artist speaking his mind. I became unacceptable by the gatekeepers because I walked off the plantation. I had to be silenced. Cancel culture came after my band. I was threatened, ridiculed, blackmailed and smear campaigns were launched to destroy my career and my livelihood.

These events really opened my eyes, because this was no longer just an urban legend.

Check out the full statement via the video below.

Vext is reportedly getting ready to launch a solo career.

Bad Wolves’ new full-length record, the follow-up to 2019’s ‘N.A.T.I.O.N.’ is tentatively scheduled to come out later this year. No word yet on who will replace Vext in the band.