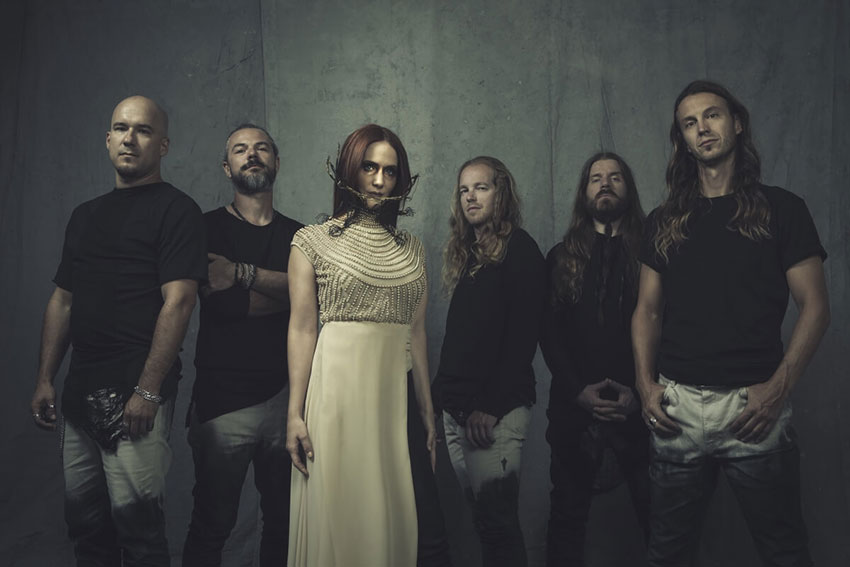 Dutch symphonic metal favorites Epica will celebrate 20 years of existence with a special live show at Tilburg’s 013, which is the same place where they played their first show in 2022 (supporting Anathema). Said upcoming commemorative show, scheduled for September 3rd, has been sold out for a while now, and the band have just announced plans to live stream the gig for fans around the world.

“Fans everywhere can tune in to an exclusive, pro-shot live stream of the entire show that will contain plenty of surprises in the setlist, several guests, and spectacular stage effects!” states today’s stream reveal. “In addition, you will also get to witness the return of a band that had disappeared off the face of the earth for the last 20 years. SAHARA DUST reunite for a special one-off live performance to open the show. Don’t miss them, because although you might have never heard of them, their history is heavily interwoven with Epica’s inception.”

Epica’s Coen Janssen comments, “We are extremely happy to be able to share our anniversary – not only with the lucky ones who got a ticket – but also with everybody else in the world! Our loyal fanbase is everywhere around this planet and through this live stream we can let everyone be part of this party. It wouldn’t be a birthday bash without you!! So, grab your drinks and warn the neighbors, because this is going to be a noisy night!”

Get tickets to the stream via epicastream.com.

Also and ICYMI, Epica will return to North American venues later this year as part of Sabaton’s ‘The Tour To End All Tours.’ See those tour dates below. 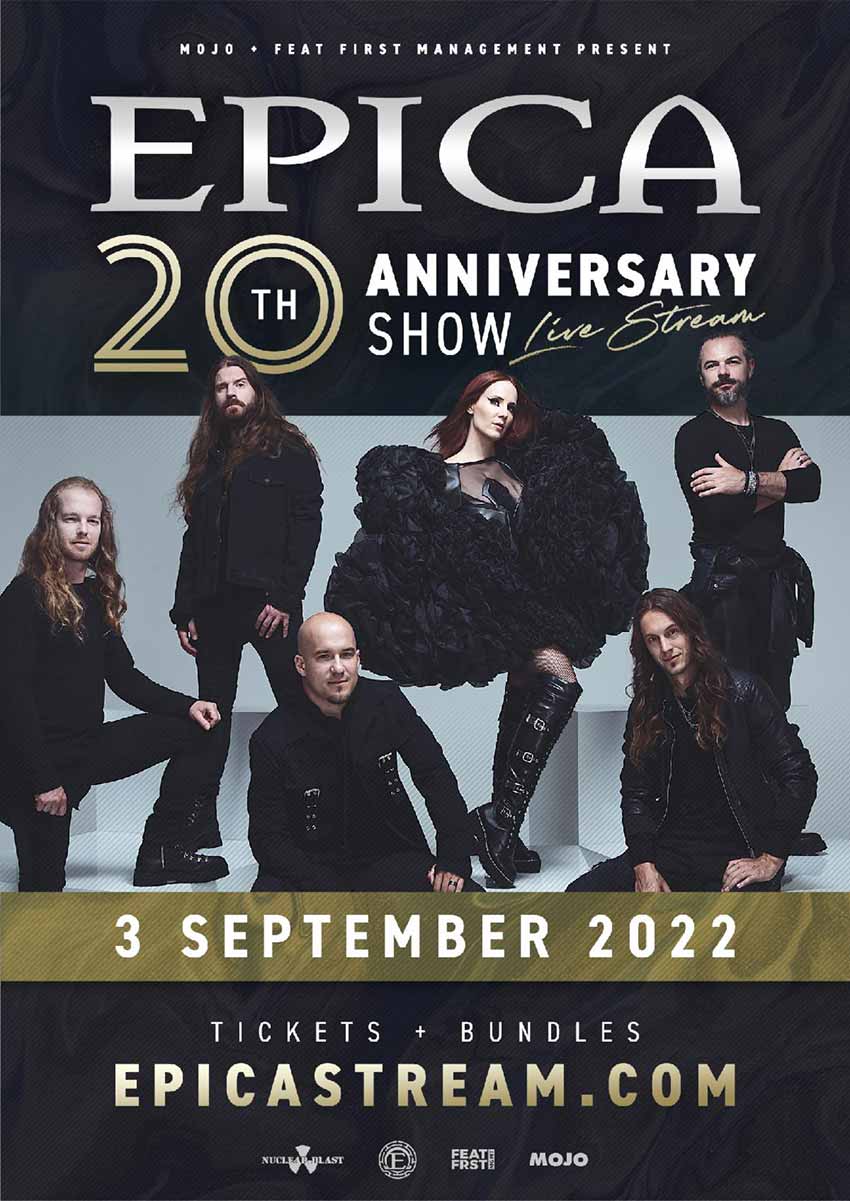