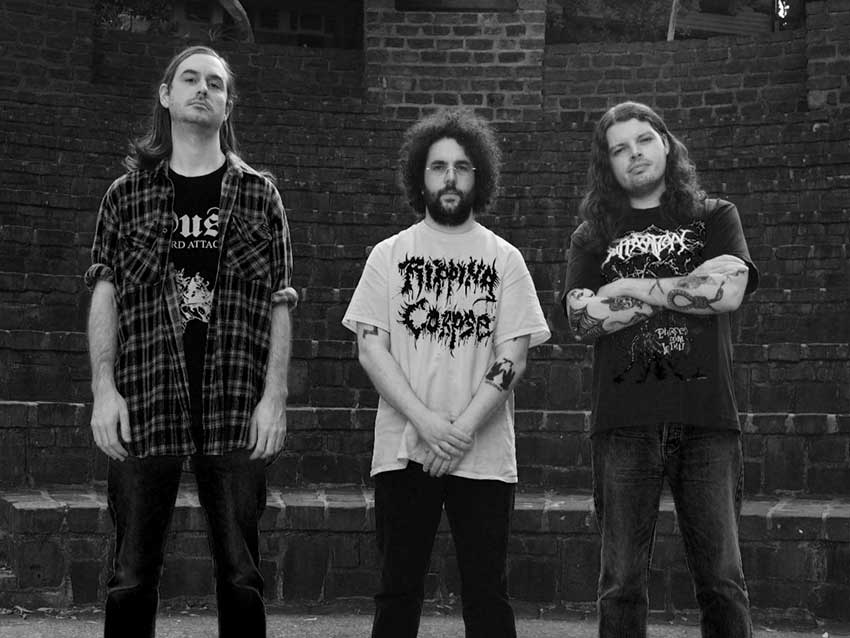 Me Saco Un Ojo Records and Dark Descent Records are proud to present the highly anticipated second album from Faceless Burial, ​Speciation​ on vinyl/CD/cassette and digital.

For the past five years, Australia’s Faceless Burial have been flying the flag of classicist ‘90s death metal, first across a demo in 2015 and then the subsequent (and acclaimed) ​Grotesque Miscreation​ debut album in 2017 and follow-up ​Multiversal Abattoir​ MLP a year later. Those latter two recordings, in particular, portrayed the potency of this power-trio, displaying an unremittingly dark and dexterous sound which draws in a variety of death metal traditions.
Going from strength to strength, Faceless Burial play their strongest hand yet with the full-length ​Speciation​. Altogether sharper and more finessed than all previous, Speciation​ spreads unimaginable DEATH METAL MIGHT with malignant ease.

Faceless Burial exude a charisma that’s totally their own, which largely comes down to the songwriting itself. Where the preceding records maintained a murky ‘n’ malodorous aspect, that was predominantly in the sound itself; here on ​Speciation​, it’s been parlayed into the tense ‘n’ treacherous textures they explore. Otherwise, no great changes have been made, nor should there be: forever twisting and never stagnating, each of these six songs reveals new corridors through which to spelunk, and efficiently so across the album’s deceptively epic 36-minute runtime.

Thankfully, once again, Faceless Burial evade the riff-salad tendencies of so much tech-oriented death metal; their sound isn’t so much a restless blast through scattershot ideas as it is an endlessly malforming entity making rude shapes, and now one colored by narrative lead work. Which is to say nothing of ​the album’s powerful production, which is rendered in authentically analogue tones and further underlines the band’s reverent devotion to death metal classicism.

Adorned with form-meeting-content cover artwork, Speciation​ is bound to be the year’s most forward-thinking/backwards-looking death metal album.

Speciation will be out August 7. 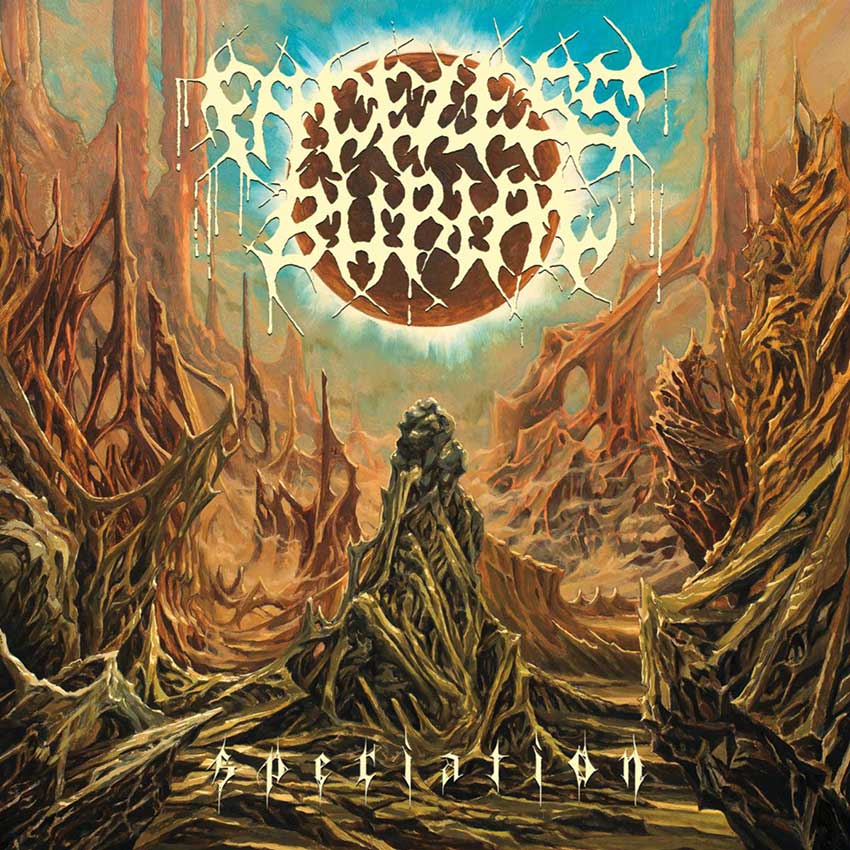