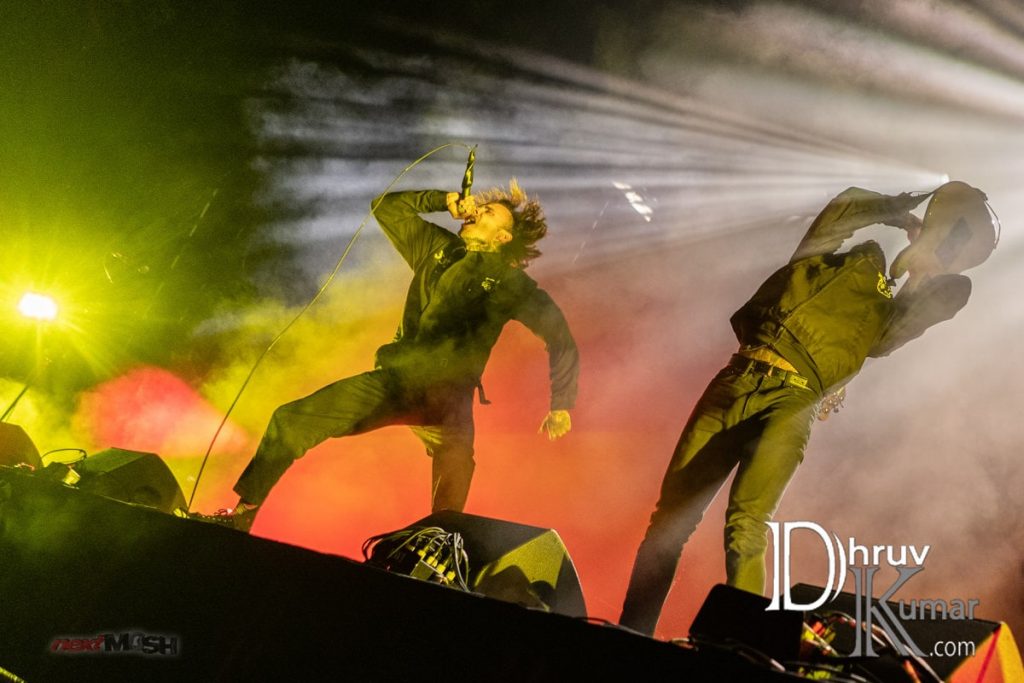 Inglewood, California rap/punk/rock act Fever 333 have shared a remixed version of their track “Animal,” which initially appeared on the act’s well-received 2019 debut album, ‘Strength in Numb333rs.’ The new cut was produced by J Randy and Nellz, and features the legendary Darryl “D.M.C.” McDaniels.

I learned most of what I know and utilize in my life musically, socially, and intellectually via hip hop music. I was obsessed with the idea of taking the adversity of the culture experienced and turning it into a song that moved to the beat of the human pulse while telling a story in a way that only adversity influenced culture could – in other words: REAL. I used to buy bootleg mixtapes from the cd man outside the barber shop every week and while I knew about RUN-DMC it wasn’t until I heard “Rock Box” on one of those weekly mixes that I got it. The moment I heard that mpc kick and snare hit in the track then into the distorted guitars and that intro solo. There was something that was literally perfect to me and my love of hip hop and rock music suddenly made sense. I was obsessed. I studied the flow. The clothes. THE CULTURE that DMC and his group created and, no word of a lie, I applied what I learned from him to what you hear now in FEVER 333. So it should come as no surprise when I say that this is one the greatest honors and achievements of my life in so many ways. I never thought 20 years ago when I heard DMC say “I couldn’t wait to demonstrate all the super def rhymes that I create” that he would be demonstrating on a track with my band. This shit is too crazy. All praise to the legend Darryl McDaniels for lettin’ em know- there’s a fever coming…

FEVER 333 gives me an opportunity to empower inspire and fight for all! Hip Hop, Punk Rock, and Hard Rock n Rock n Roll allow me to represent truth, equality, and goodness in a rebellious righteous religious way. I got a fever right now….and I’m proud to bring heat with FEVER 333!

An addition, the announcement notes:

To accompany the song, the group also launched limited-edition 333 DMC merchandise, including a classic bucket hat and t-shirt. All proceeds will benefit the Felix Organization co-founded by DMC and EMMY® Award-winning casting director Sheila Jaffe and helping children in foster care since 2006.