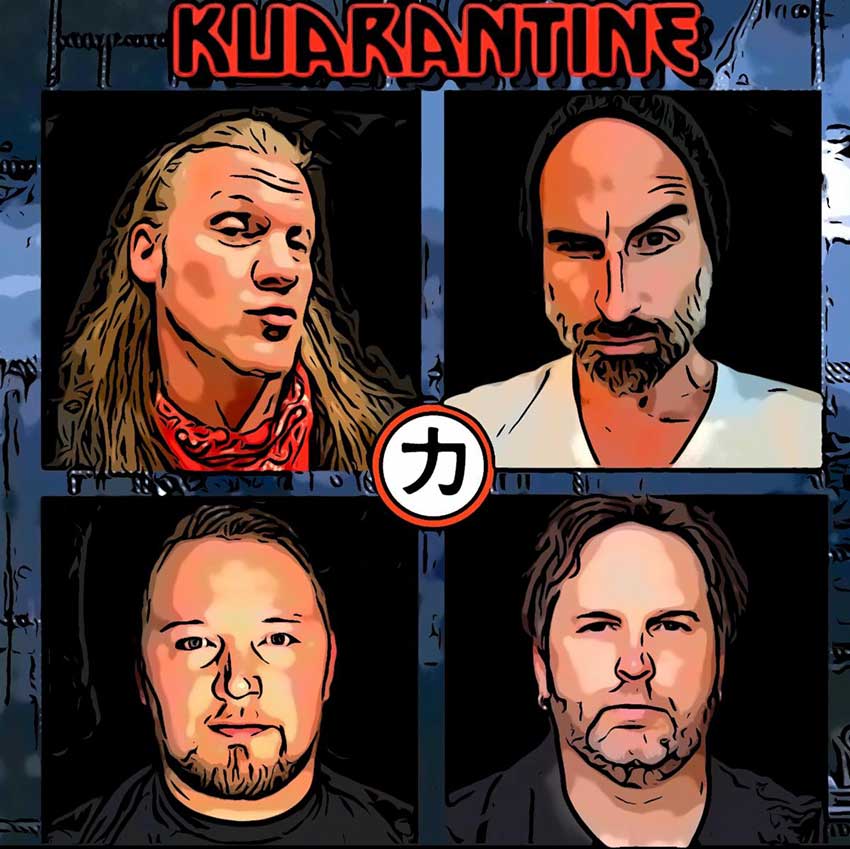 Rock ‘n’ roll up-and-comers Kuarantine – featuring drummer Kent Slucher (Luke Bryan), guitarist Joe McGinness (KLASSIK ’78), bassist PJ Farley (Trixter), and vocalist Jericho Jericho (Fozzy) – have premiered their new song in the form of a cover of the Kiss classic “No No No.” Spin debuted the official video for said track, which was filmed during quarantine (watch below).

When Kent and Joe approached me to sing on a few ’80s KISS songs, I jumped at the chance, as it’s my favorite era of my favorite band. Once we brought in PJ, not only did we have a world-class band with years of touring experience, we also had four guys with one common bond: to stay creative and to do something special for all music fans during this pandemic. ‘No No No’ is the perfect debut release for Kuarantine as not only is it a crushing, FUN rock ‘n’ roll tune, but it’s guaranteed to satisfy and put a smile on your face…whether you want one or not!

Stream Kuarantine – “No No No”: