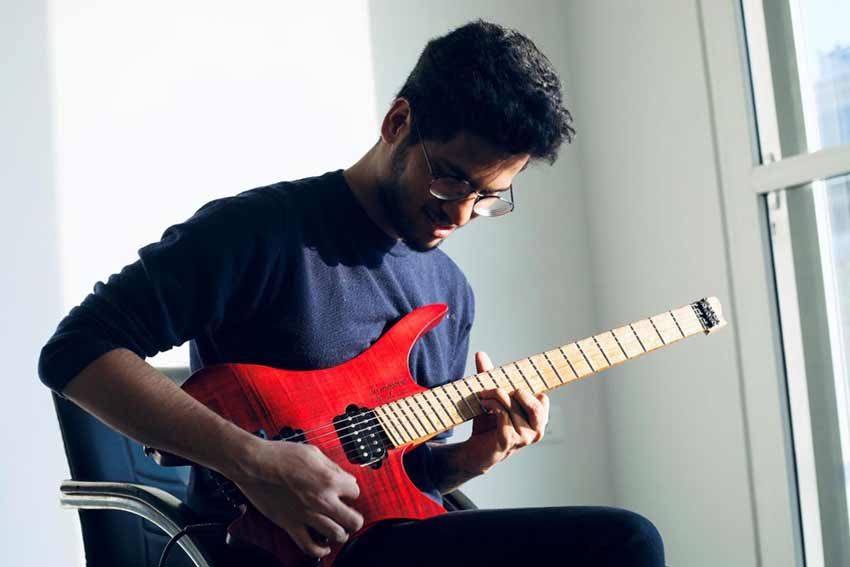 Progressive metalcore act Flying Cupid has revealed a new animated video for “All Turns to Dust,” the title track from the long-awaited debut album of the same name.

“The video reflects the journey of a man near his end of the life as he cherishes all the memories and experiences that he has had, even though all turns to dust one day,” says guitarist Abhiruk Patowary. Watch the video now at [LINK – embedded below].

The solo project of guitarist and composer Patowary, Flying Cupid blends sounds such as Killswitch Engage with modern “djent” bands like Periphery to create a modern sound. A native of Dehli, India, 19-year-old Patowary is a multi-instrumentalist whose musical journey began 11 years ago with piano, followed by drums five years later and guitar the year after. He began studying at the esteemed Berklee School of Music, but due to the pandemic was forced to return to his native India where he continued work on FLYING CUPID debut album.

To complete his vision, Patowary enlisted the help of notable musicians, including members of Veil of Maya, Intervals, I Built the Sky and Itayil. “The writing process of the album included writing 77 demos in the span of a year and then narrowing it down to 12 songs,” he says. “It was also tracked across four different continents.”

‘All Turns to Dust’ has already produced the single “Into the Light,” available as an animated short, and“Oasis.” Patowary also offered an amazing playthrough for “Into the Light” featuring the track sans vocals.

‘All Turns to Dust’ is available today via [LINK] and [LINK].

A prolific writer, Patowary also spends his time playing bass and guitar in the bands Acid Pit and Gaia and working on other diverse musical endeavors outside of the metal realm, including pop, hip hop, a long orchestral piece and a jazz quintet.