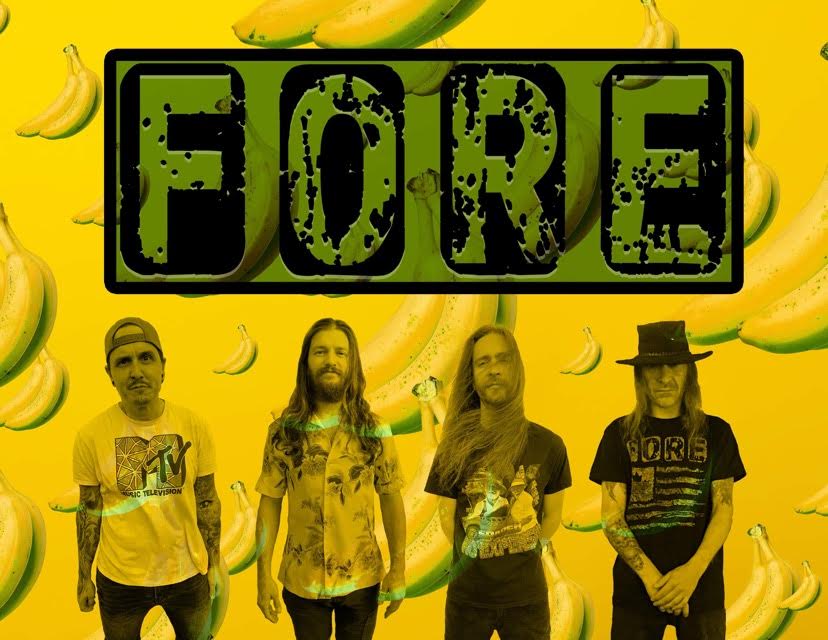 We live in a world filled with metal bands, so enter: FORE. Formed last spring and featuring current and former members of Kreator, Venom Inc, Inhuman Condition, Old James, and The Absence, the quartet self-released their first album ‘Hombres’ in August of 2020. The band’s 12-song, 22-minute debut album brought back the sounds of 80s/early 90s hardcore, nodding to bands like Bad Religion, The Offspring, NOFX, and Pennywise in 12 songs, totaling 22 minutes.

Today, the band releases a brand new song called “Repeated Subtraction,” with an accompanying music video, which can be viewed below. The video was filmed, directed and edited by Matthias Kollek at Vault Video, with additional footage filmed by Jeramie & Deidra Kling.

“We are so excited to begin the second chapter in FORE’s history! This tune gets pretty vicious, but it has an insanely catchy, and soothing vocal done by the ever-talented Brian “The Canadian Glenn Hughes” Stephenson! He wrote some killer/clever lyrics, which are super relevant to today’s bizarre world we live in, and Matthias killed it on the visual end of things!” guitarist Nordberg said.