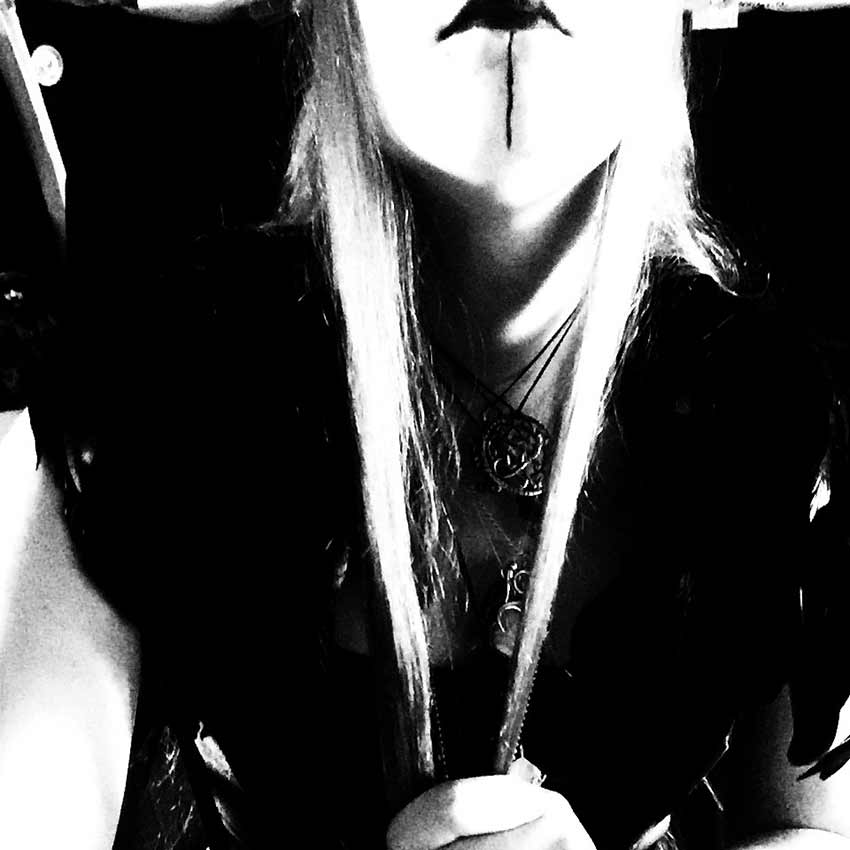 Earlier this month, long-running avant-garde act Forever Autumn dropped their 3-track EP titled ‘Hail the Forest Dark,’ which features a guest appearance from Aaron Stainthorpe of legendary doom metal outfit My Dying Bride. The effort was mixed by Robby Baier at Substation Studio in Housatonic, MA, mastered by Jack Control at Enormous Door Mastering in Austin, TX, and marks the follow-up to the band’s 2019 record dubbed ‘Howls in the Forest at Dusk.’

‘Hail the Forest Dark’ is a bit of a “temporary departure” from traditional Forever Autumn tunes, as previously explained by project mastermind Autumn Ni Dubhghaill, who handles guitar, balalaika, bodhran, doom drum, rattle, cello, and vocal duties across all the band’s recordings. “This is not a new direction, but an artistic expression,” she said regarding the new EP, which is available for auditory consumption here.

Today, Forever Autumn have curated and shared with us a Spotify playlist as part of a new, ongoing column here on the site. The assortment of tracks (streamable here and below) include songs from acclaimed bands like Darkthrone, Death, Bauhaus, Siouxsie and the Banshees, Bathory and more.

Autumn tells us, “The lost art of the mixtape, for some of us, has never died. I still make mixtapes, though I cannot share them as once did since I may be one of the only people left with a tape deck. I decided to approach making a playlist like a mixtape, however I am only limited to ten songs which makes it difficult to pick and choose.”

Autumn continues, “So much great musique that didn’t make it to this list. Maybe on the mixtape proper. I chose a variety of songs that yes, I have on various formats but also something that could be found online. I have many odd and rare records that I am fairly certain cannot be found on Spotify. Agayne, maybe for the mixtape proper. These ten songs are meant to represent the breadth of interest, though quite condensed. Enjoy the musique herein and maybe, just maybe, I’ll make you a mixtape.”