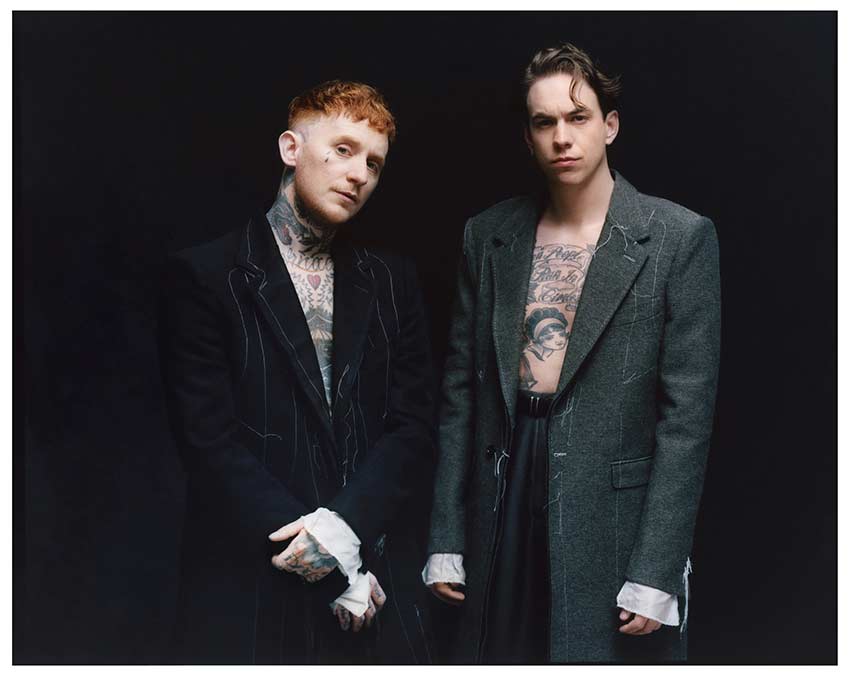 Frank Carter & The Rattlesnakes are back with their new single, “My Town,” which you can check out below in official music video form. The track/video features Jo Talbot of Idles, and the tune itself marks the first new music from the British act since 2019’s ‘End of Suffering.’

Today’s single reveal states, “Produced by guitarist Dean Richardson, a first for the band, the result is incendiary. “My Town” is another example of why the pair are one of the most exciting outfits to emerge from England in recent history, and why Carter – since his early days in hardcore punk band Gallows and then as Pure Love – has become a vital voice in UK music, rallying against injustice, the patriarchy, right-wing politics and toxic masculinity.”

Frank Carter comments, “It’s easy to dissociate when it’s someone else’s problem but we are each responsible for keeping the streets clean, looking out for our fellow neighbours and acting with kindness and respect as we walk through life. We can look into this town and see the seedy underbelly, the dirt, the disdain, the undercurrent of hate and despair. And then we are reminded that ‘My Town’ looks just like yours, and no one gives a f–k at all and if we don’t start looking after ourselves soon then we are all going to be in big trouble.”