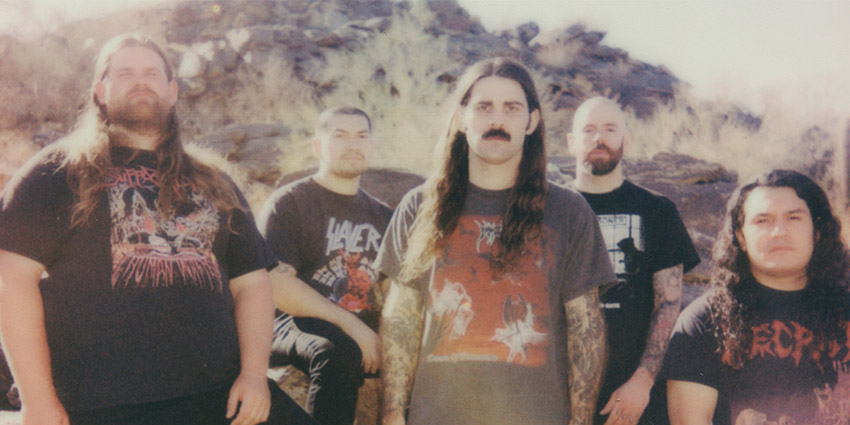 Tomorrow, January 13th will see the official unleashing of Gatecreeper’s surprise record going by the title of ‘An Unexpected Reality.’ The effort is dropping through Closed Casket Activities and can be purchased here.

“I think the social media environment has just fried our attention spans,” says vocalist Chase Mason. “Trying to hold someone’s attention for two or three months with a typical album roll-out doesn’t seem feasible with everything else currently going on in the world.” 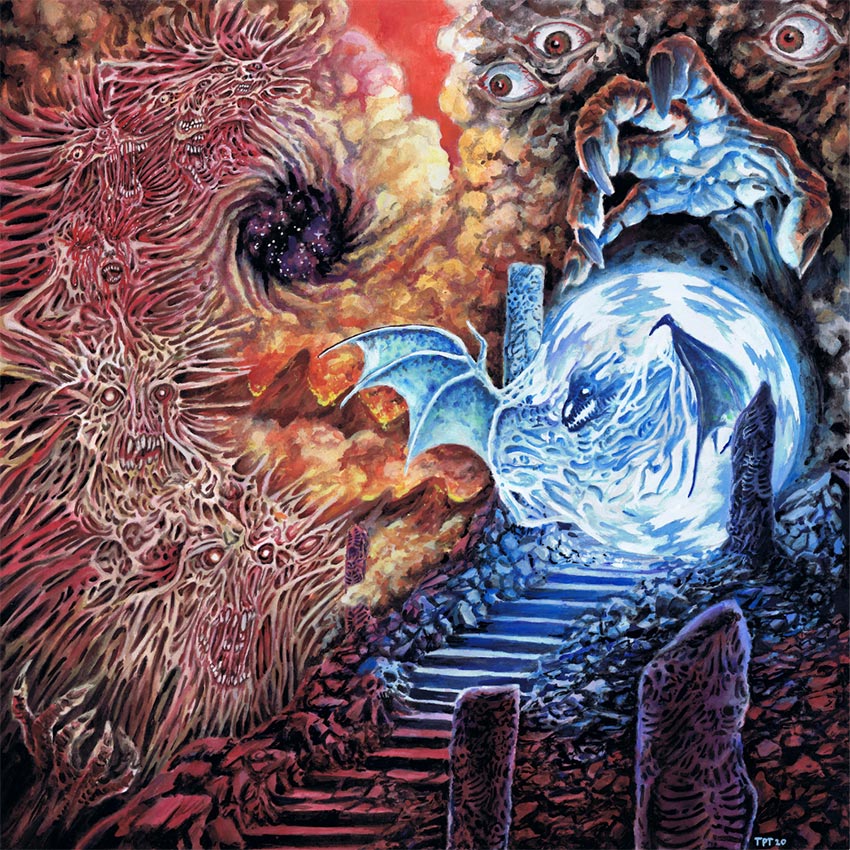 Here’s more on the effort via a press release:

“It’s meant to be listened to as a whole, so we didn’t wanna break it up or release a couple songs ahead of time as ‘singles’ or whatever,” Mason clarifies. “We also didn’t wanna treat it like it’s our next full-length. Because it’s not.”

Written, recorded, and now released during the COVID-19 pandemic, ​An Unexpected Reality​ is Gatecreeper like you’ve never heard them before. Exploring both ends of the tempo spectrum, the release offers two opposing sides of the band’s musical personality.

Side One consists of seven short, sharp shocks that have a total running time of less than seven minutes. Inspired by grind, punk and hardcore, tracks like “Starved,” “Rusted Gold,” and “Amputation” are some of the fastest offerings the Arizona death metal squad has ever recorded.

Side Two is the exact opposite. Consisting of a single 11-minute track entitled “Emptiness,” this is Gatecreeper at their slowest and most funereal. Think of it as an extended version of the death-doom tracks that the band closed out ​Sonoran Depravation​ and ​Deserted​ with.

“I’ve had the idea to do a record like this for a while,” Mason offers. “In 2020, we were supposed to be touring all year. Once everything got cancelled, we decided it was the perfect time to turn this idea into a reality.”

When Gatecreeper were getting into writing mode for ​An Unexpected Reality​, Mason brought a new list of influences to the table, ranging from grindcore and Scandanavian hardcore to funeral doom and black metal. The rip-roaring abandon of Side One takes its cues from Napalm Death,​ ​Totalitär, Terrorizer, and Master. The keening funeral doom of “Emptiness” was informed by the likes of Mournful Congregation, Paradise Lost, Evoken, and Katatonia.

The format of ​An Unexpected Reality​ was partly inspired by Black Flag’s ​My War​, an album that famously polarized fans in 1984 with fast, thrashy songs on Side A and three long, slow, and sludgy tracks on the flipside. “When I was getting really into sludge and stoner metal like the Melvins and Eyehategod, they always referenced the B-side of ​My War​,” Mason says. “Hearing bands talk about not just a record but a specific ​side​ of a record, I thought that was really cool and it always stuck with me.”

Tempo and length aren’t the only anomalies on ​An Unexpected Reality​.

“We usually have a hard rule in Gatecreeper that we don’t have blast beats,” Mason points out. “But for the first side of this record, we lifted that rule and ran with it.”

Given that ​An Unexpected Reality​ was created entirely during the pandemic, it’s no surprise that some of the songs bear its unmistakable mark. “Superspreader” is a prime example. “That song was written when Arizona was the number one COVID hotspot in the world,” Mason explains. “The whole record was actually recorded during that time as well.”

“Sick of Being Sober” hits even closer to home for Mason, whose recovery from addiction is well-documented. “The title is purposefully trying to be extreme, but it’s pretty much me fantasizing about relapsing,” he says. “I felt like I would be having a much more comfortable time being locked down and not doing anything if I had some sort of chemical buffer.”

Then there’s “Depraved Not Deprived,” which is a deliberate nod to Gatecreeper’s 2016 full-length debut, ​Sonoran Depravation.​ “The song title is a little bit of a jab at everyone who spelled the album title wrong,” Mason says with a laugh.

All told, ​An Unexpected Reality presents two new sides of Gatecreeper in a unique non-album format. “This release was an opportunity to experiment and expand on different ideas within the Gatecreeper formula,” Mason says. “It doesn’t necessarily signify a new direction for the band, but we’ll definitely have a couple new tools in our toolbox moving forward.”