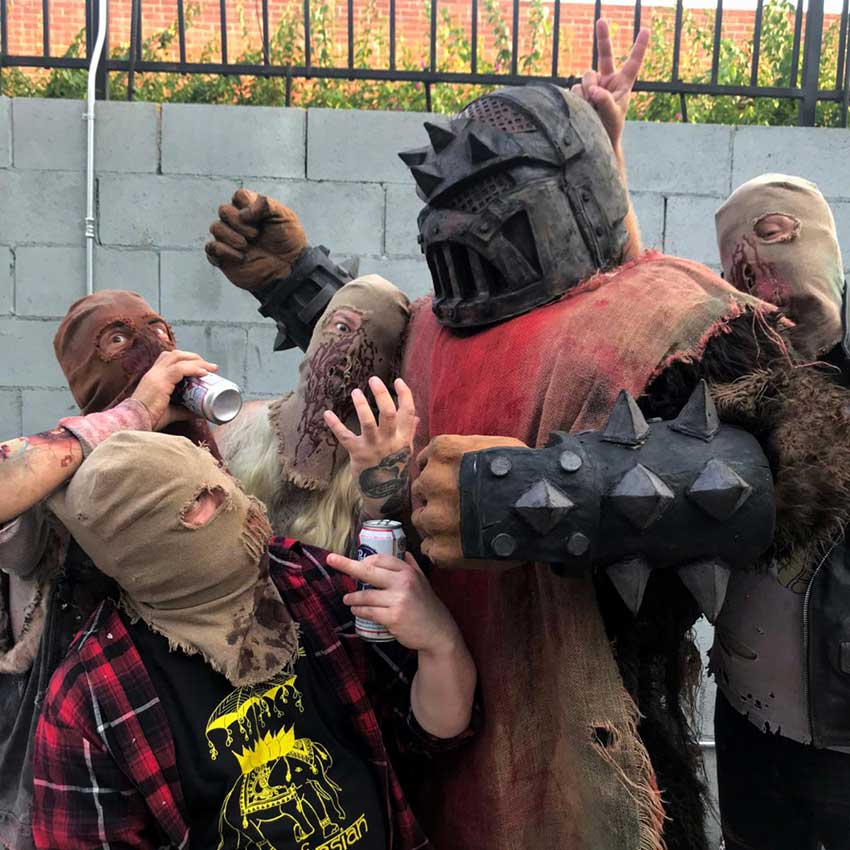 Masked hooligans Ghoul recently premiered an official music video for their track “Off With Their Heads,” which is featured on the band’s new live album through Tankcrimes, ‘Live in the Flesh.’ The clip features live concert footage, check it out below.

A presser states, “Captured at the Oakland Metro Operahouse in 2018, Live In The Flesh spews forth eighteen of GHOUL’s most deliciously devilish odes including “As Your Casket Closes,” “Wall Of Death,” the title track, and of course, “Off With Their Heads,” from 2011’s Transmission Zero full-length.”

Ghoul’s Digestor comments, “What better way to celebrate our return to the stage after a nearly two-year voluntary sabbatical where we cut ourselves off from all media than with the release of this high-quality video of one of our most beloved songs! Anyway, what’s been going on the last two years? Any news?” 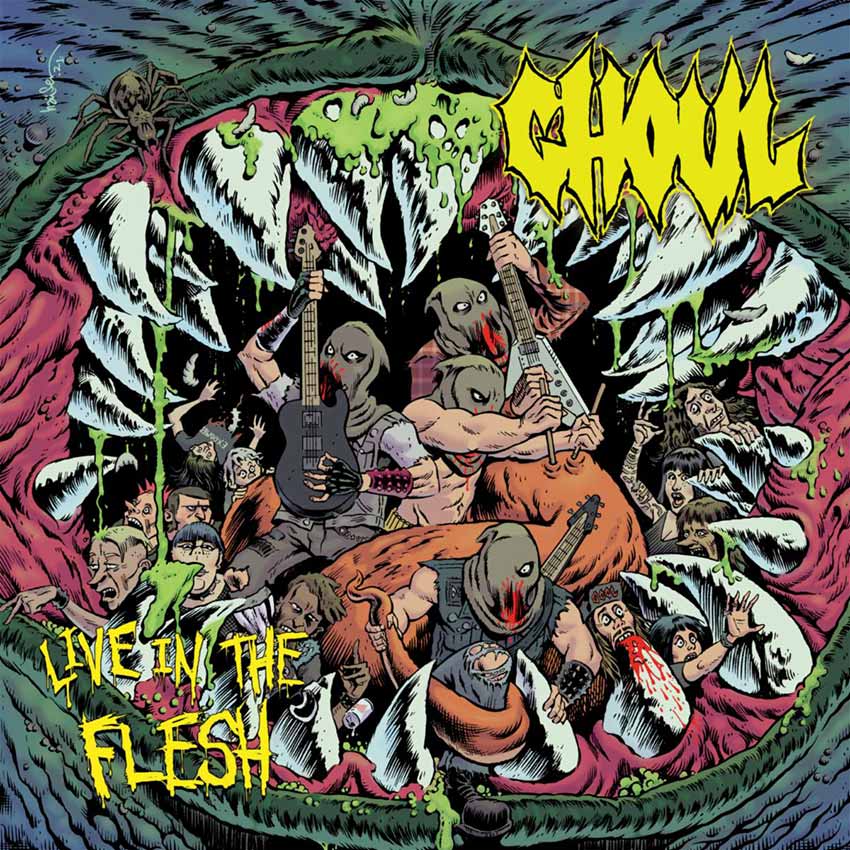